And thus RDJ continues his streak of being the best superhero of all time. 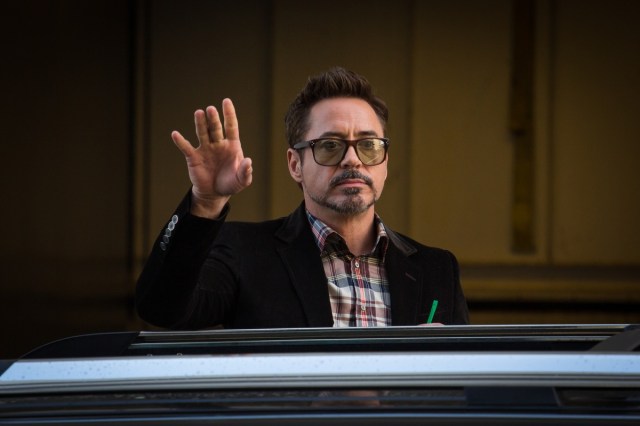 About a month ago, we heard that Robert Downey Jr. was planning on celebrating his 49th birthday in the sweetest way possible; since his big day, April 4th, coincided with the American release of Captain America: The Winter Soldier, RDJ was going have 50 lucky superhero-loving kids over to watch the flick with Iron Man. And then he totally did. 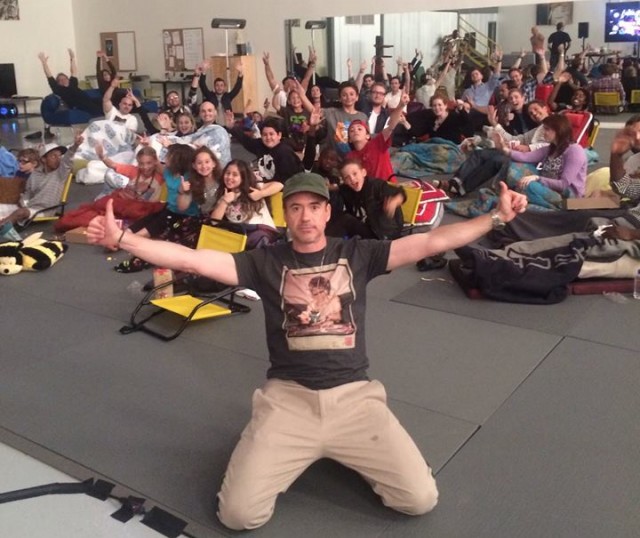 If this doesn’t convince you that Robert Downey Jr. is, in fact, a real-life superhero, let me share with you my other favorite RDJ birthday story (oddly specific, I know). When Jamie Foxx was on Katie Couric’s show a while back, he told her an anecdote about RDJ that will warm your heart.

Apparently, Foxx’s five-year-old daughter insisted on an Iron Man theme for her birthday party, and told all of her friends that she knew the real Tony Stark – and that he’d be there. As a total shot in the dark, Foxx texted Downey Jr. about the awkward predicament, with low expectations (as if Iron Man has time to show up to a kid’s birthday party, you know?) But, being an actual superhero, RDJ totally came to the party with a bucket full of Iron Man toys, and hung out for the day. For real.

My daughter told me she wanted Tony Stark to come to her birthday party. Much love to RDJ, thanks for making her day. pic.twitter.com/GrpfVEMgqj

Oh, and if you haven’t seen The Winter Soldier yet, you’ve got to check it out this weekend. I thought the first Cap film was good, but this blows it out of the water. And, realistically, it should be called Captain America and Black Widow, because ScarJo completely steals the show. So why are you still reading this? Go see it! Right now!