Lucy Beat Out Hercules This Weekend | The Mary Sue

Today In Female-Led-Movies-Obviously-Don’t-Make-Money News, Lucy Beat Out Hercules This Weekend

What was that about no Black Widow movie yet? 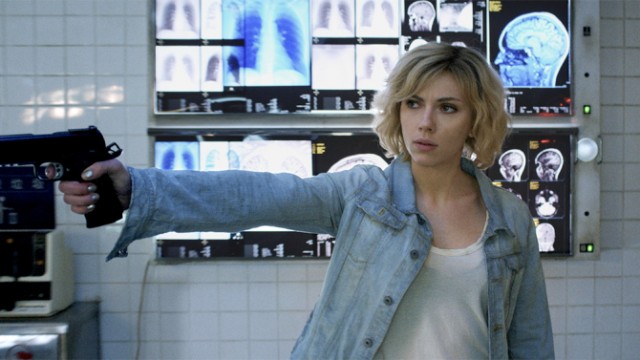 Make no mistake, readers: as Susana Polo pointed out in her review on Friday, Lucy is not a good film and probably not worth spending money on to watch in-theaters (though neither is Hercules, of course). And yet, it made about 1.5 times more than Hercules at the box office this weekend. But who’s gonna watch an action movie starring a woman, guys? What’s next, are they gonna let us vote and own property or something?

The Scarlett Johansson-staring Lucy—which, as Universal Pictures president for domestic distribution Nikki Rocco said, can best be described as an “R-rated original concept female-driven action movie”— made $44 million dollars at the box office this weekend. Hercules, which featured Dwayne Johnson as its titular hero throwing a horse in the trailer, only made $29 million. Neither are exactly trilogy Marvel superhero or Dystopian YA adaptation numbers, of course, but both films beat industry predictions for this weekend (Lucy more so than Hercules, as it has already made back its production budget of $40 million).

It’s also worth noting that overall numbers have been grim for Hollywood this summer; ticket sales are 20% behind where they were in 2013 during this point of the season, at $2.93 billion to last year’s $3.67 billion. Considering that some of the biggest non-superhero-themed earners in the past twelve months have included female-led films such as Frozen, Maleficent, The Hunger Games: Catching Fire, and Divergent, maybe you guys should, I don’t know, think about putting out a superhero movie with a female lead? Such a ridiculous and far-fetched concept, I know. It’s not like we aren’t constantly talking about how we want to see more of those. Don’t mind me, I’ll just be sitting here in the corner coming up with super dumb ideas to make you billions of dollars. *shrug*