Pull It Together: Rat Queens, Star Wars, and Ms. Marvel in SHIELD! 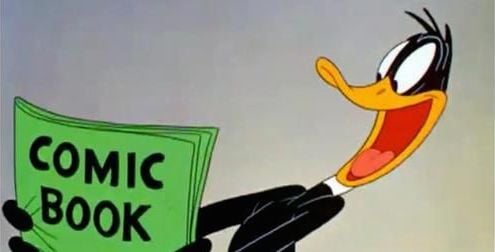 Welcome to Comics in January are Amazing, part 2, with tons of first issues, one shots, guest stints, and crossovers! But before we get down to this week’s comics, we need to talk about what’s coming out in March! After all, you need the time to preorder it.

March issues will hand us new story arcs in Bravest Warriors and Harley Quinn, as well as one-issue tie ins to the Batman story “End Game” with its plague of Joker-ized zombies for Batgirl and Gotham Academy. There’s also brand new series-es! Descender, from the equally amazing Jeff Lemire and Dustin Nguyen, follows a young robot on a journey through the dangerous universe, and fans of The Thrilling Adventure Hour won’t want to miss Beyond Belief, a comic adaptation of the show from Ben Acker and Ben Blacker themselves. But March really takes the cake in trade collections, so if you’re waiting for your bound editions, you’re gonna want to tell your shop about Hawkeye Vol. 4, Velvet Vol. 2, She-Hulk Vol. 2, Adventure Time Vol. 6, Ms. Marvel Vol. 2, Lazarus Vol. 3, and Powerpuff Girls Classics Vol. 5.

And when you’re talking to your shop, don’t forget that adding things to your pull list is a great time to take a close look at the series you might not be enjoying as much as you once did. It’s hard, but just think about having a pull list that contains nothing but comics you’re excited to read every month. YOU’RE WORTH IT. YOU’RE WORTH THE BEST PULL LIST.

What are you picking up this week? Let us know in the comments!