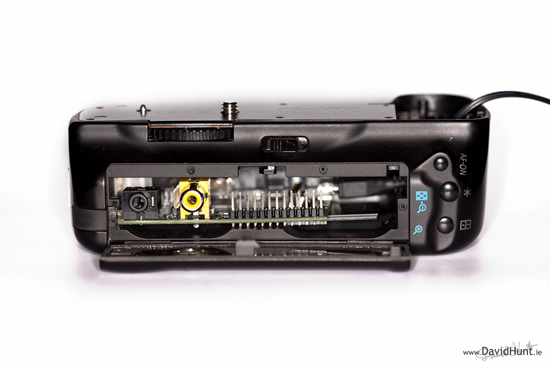 Taking pictures can be a hassle in this day and age. First you have to take them, then transfer them to a computer, and then put them wherever else you’d really like them. Imagine the pain that this forced process causes amateurs, let alone professional photographers. Thankfully, David Hunt, an Irish photographer, may have built a solution. Hunt has taken a Raspberry Pi and embedded it into a DSLR camera grip; when the camera takes a picture, it transfers immediately to his iPad’s ShutterSnitch app.

Of course, Hunt’s solution won’t work for everyone. It requires some pretty specific components, like having an iPad and a Raspberry Pi (which always seems to be on backorder), but it certainly provides a proof of concept that similar devices can be made. The Raspberry Pi runs a Perl script that constantly checks the camera for photos, compares them to what it has already downloaded, and sends off any new images it finds. The ShutterSnitch app — as well as the iPad in general — is just a particular quirk of Hunt’s setup.

Hunt recorded a video of him taking a photo, the script processing, and his iPad updating that shows the modification in action:

In the video, Hunt’s transferring via Ethernet, but a Wi-Fi adapter connected via USB should work too. Overall, it’s a fairly cheap and painless alternative when compared to what one might otherwise have to endure for similar functionality. Amateurs will likely continue going about their photography as they always have, but professionals will eventually want specialized equipment for the digital age — or wait for more camera apps that have this kind functionality built in.