This Camera Only Prints Text Descriptions Of The Pictures It Takes 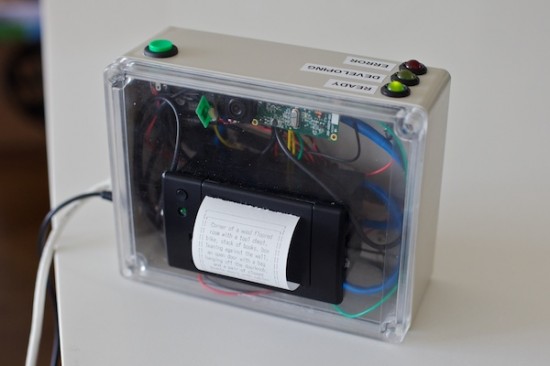 Cameras are getting better and better. We’ve got cameras than can change focus after the fact, smartphone cameras that can shoot actual feature film footage, cameras that can shoot at 1 trillion fps, but what boring thing do these all have in common? They deal in pictures. Matt Richardson’s Descriptive Camera is taking the technology in a whole new direction. The Descriptive Camera “takes” pictures like a normal camera, but it doesn’t output pictures, it outputs written descriptions. How is that possible? There must be a little guy in there or something, right? Actually yes. Kind of.

Component-wise, the Descriptive Camera is relatively unremarkable. The camera is a usb camera and the output is done via a simple thermal printer. Also, there are some buttons and some LEDs to provide you a recognizable taking-a-picture-with-a-camera-experience.

The real meat of the device, though, is Amazon’s Mechanical Turk API. This framework basically allows people to submit Human Intelligence Tasks (HITs) they need real meatbags to complete. The HITs include guidelines and some sort of submission interface for the finished product, along with the price the requester is willing to pay for the completed service. So basically, what the camera does is take a picture, ship it off to the Mechanical Turk API requesting someone to write a description of the picture for $1.25, and then prints that description out. It generally takes around 3-6 minutes for the “film” to “develop,” and there you have it.

For those who don’t want to wait or pay, the camera also has an “accomplice mode.” The only criteria there is that you have a friend. In this mode, the camera simply shoots them an instant message and they write up the description, presumably for free because they are your friend.

It’s an interesting take on photography. And maybe an interesting take on poetry, depending on how you look at it. In any event, I wouldn’t expect this idea to really take off. For the moment, the device is one-of-a-kind for a Computational Cameras class at New York University’s Interactive Telecommunications Program. That’s not to say someone couldn’t run with the idea, but “where to” is the question. Camera that can shoot short stories? Something tells me that might be a little harder to pull off. 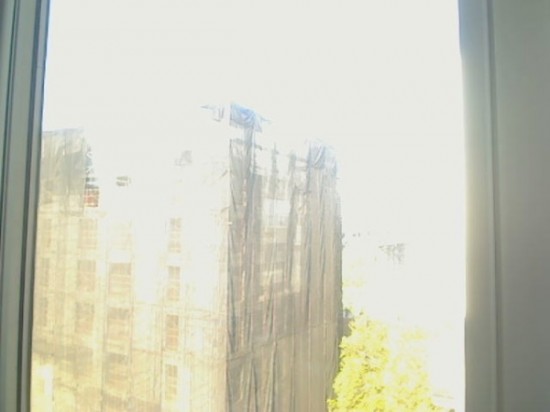 This is a faded picture of a dilapidated building. it seems to be run down and in need of repirs[sic] 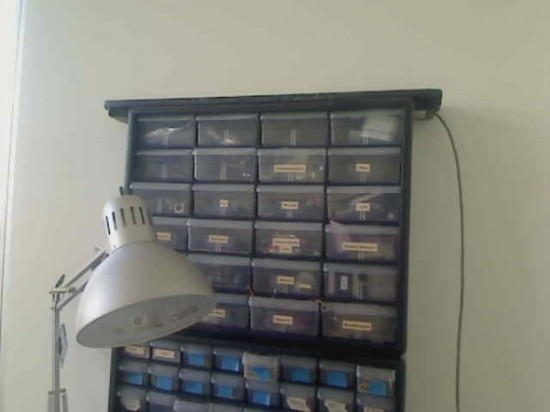 Looks like a cupboard which is ugly and old having name plates on it with a study lamp attached to it. 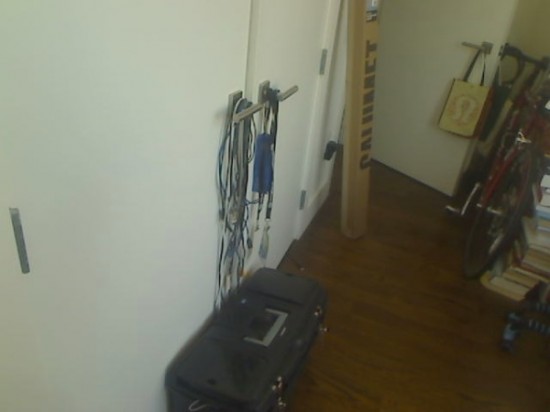 Corner of a wood floored room with a tool chest, bike, stack of books, box leaning against the wall, an open door with a bag hanging off the doorknob, and a pair of closed double doors with cables hanging on the handles.