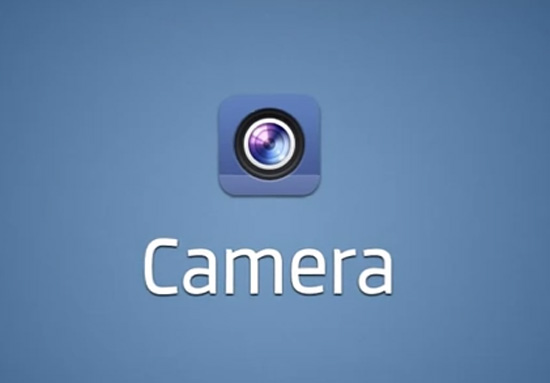 Yesterday, Facebook announced that they would be rolling out a new standalone app for iOS. Focused entirely on image sharing, the new app — called Camera — allows Facebook users to quickly browse existing images, take photos, apply interesting filters, and then upload them to Facebook. Basically, it’s a blue Instagram.

With so many users spending a lot of their time uploading and looking at photos on Facebook, the Camera app is designed to streamline that experience on a mobile device. Though users can upload photos to Facebook from the existing mobile app, the Camera app is far more lightweight and delivers a purpose-built experience. Making a standalone camera app might encourage those Facebook shutterbugs to just use Camera for all their mobile photo-snapping needs.

The similarities to Instagram might at first seem a little odd, since Facebook famously shelled out a cool billion for the upstart hip photo company. According to All Things D, the newly acquired development team was not at all involved in making the new app, suggesting that it was in the works long before Facebook gobbled up Instagram. In their interview with Facebook Photos product manager Dirk Stoop, it’s clear that streamlining the Facebook photo experience was a long-held goal finally realized in Camera and, perhaps, eventually the Facebook app as well. From their report:

“Having separate teams focus on their area of expertise allows us to innovate faster,” Stoop told me. “Which, eventually, helps to integrate features into the mainline product.”

It’s also possible that Facebook saw the rising competition of Instagram in the photo sharing space and wanted to horn in on their territory with their own app. Why try to beat competition when you can buy them out and launch a near-identical product? Also, the (still technically pending review from the FTC) Instagram acquisition has given Facebook a near universal grasp on mobile photo sharing. Whether you use Instagram or Camera, your phone has a pipe directly to Facebook.

All speculation aside, the Camera app actually looks slick and fun. If you’re using Facebook primarily for photos, this is sure to become a necessity. If you’re not big into Facebook, there’s always Instagram.

Camera is currently available in the Apple app store.