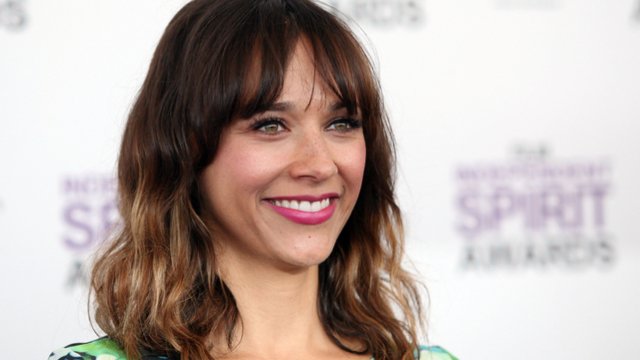 Yesterday, Pixar’s co-founder John Lasseter announced the sort of non-resignation that has become so typical with Hollywood abusers: a six-month paid leave of absence to take stock of his own “missteps.” In an internal memo, Lasseter apologized for giving out “unwanted hugs,” which, according to employees, is an insulting trivialization of what’s really been going on at the company for decades. One told The Hollywood Reporter, “To sum this up as unwanted hugs is belittling and demeaning. If it was just unwanted hugs, he wouldn’t be stepping down.”

Lasseter does apparently have a habit of hugging, leering, and kissing women on the lips. But apologies for “hugging” minimizes what employees describe as a “sexist and misogynistic” culture. The accounts from former employees are disappointing, to say the least, coming from the studio that gave us so many magical, heartwarming movies. But Lasseter is described as “an overgrown boy, with a limited sense of boundaries,” who left women feeling violated. At least one woman was warned not to attend her intimate weekly reviews because “John has a hard time controlling himself around young pretty girls.”

To repeat, her access to her boss and the career advancements that come from that sort of access and assessment were severely limited because he couldn’t be around pretty women.

All of this is incredibly upsetting, as is the report that these were the reasons behind Rashida Jones’ departure from Toy Story 4. Jones and her writing partner Will McCormack are still credited on the project, but reportedly left early on in the process. According to THR, they left because of Lasseter’s “unwanted advances,” but Jones and McCormack have now released a statement saying that’s not the case.

They told The New York Times, “The breakneck speed at which journalists have been naming the next perpetrator renders some reporting irresponsible. We did not leave Pixar because of unwanted advances. That is untrue. We parted ways because of creative and, more importantly, philosophical differences.”

With so many men being outed as creeps and abusers, there has, of course, been an immense amount of hand-wringing over the possibility of false accusations. People are quick to remind us that these men–even those who have admitted wrongdoing like Kevin Spacey and Louis CK–haven’t been convicted of any crime, so by that reasoning, we shouldn’t be talking about them at all.

There is no world in which we’re waiting for the Weinsteins or Cosbys or Lasseters of the world to be sent to prison before we give due credence to the reports of dozens upon dozens of women. This, though, is a reminder that when we talk about the women and potential victims involved, they deserve the utmost care and accuracy.

THR says they reached out to Jones for comment and didn’t receive one, absolutely making their early reporting, as she says, “irresponsible.” Even if this report had been true, it’s still completely irresponsible to name a woman as a victim of sexual harassment without her consent.

It’s even more upsetting because the actual reasons for their departure are worth being highlighted.

The writers’ statement continues, “There is so much talent at Pixar, and we remain enormous fans of their films. However, it is also a culture where women and people of color do not have an equal creative voice.”

Back in 2015, Lasseter announced that Disney and Pixar would be focusing on increasing gender and racial diversity. This was just after Inside Out, but before Moana or Coco. Toy Story 4 was said to feature a “strong female voice.” That diversity increase wasn’t just all talk. But it was, it seems, only related to the companies’ onscreen protagonists. And onscreen representation is important, but it’s not everything.

“We encourage Pixar to be leaders in bolstering, hiring and promoting more diverse and female storytellers and leaders. We hope we can encourage all those who have felt like their voices could not be heard in the past to feel empowered.”