They do hunt in packs! 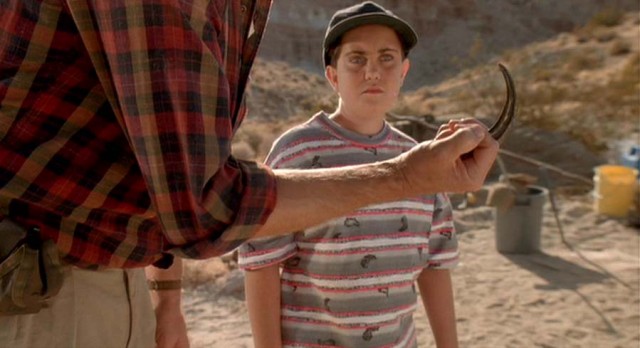 While it’s still an awesome movie, the years may not have been kind to the way dinosaurs were depicted in Jurassic Park. However, a new discovery may lend validity to one of the most frightening parts: that raptors really were clever, pack-hunting girls.

And don’t try to tell yourself that it’s OK because Velociraptors were actually much smaller than depicted in the movie; we’re talking about their much larger relative, Utahraptor. Velociraptors may have been misrepresented just for having a cooler name, but don’t think that there weren’t actual deadly six-foot turkeys terrorizing the mesozoic era. You wouldn’t want to underestimate them.

Whether they were actually smart enough to use misdirection to trick poor, unwitting secondary characters into their untimely death is still uncertain, but several Utahraptors were recently found fossilized near their prey after falling into a quicksand “death trap.”

It’s still possible that the raptors fell into the quicksand independently of each other, but University of Edinburgh paleontologist Stephen Brusatte told National Geographic, “If a careful study of sedimentology supports the idea that this was a predator trap, and the dromaeosaur [the family raptors fall under] bones are all found fossilized in a similar condition and a position that indicates that they were mired, then I think the team will have a solid case that this is more than just a jumble of bones, but evidence that some dromaeosaurs did live and hunt together socially.”

We’ll have to wait a bit to find out for sure while Utah state paleontologist James Kirkland and his team excavate and examine the extensive remains they found at their dig site. Still, we look forward to any progress on the scientific accuracy of raptor/motorcycle gangs.