So, This “Comedy Monologue/Rape Confession” Thing … 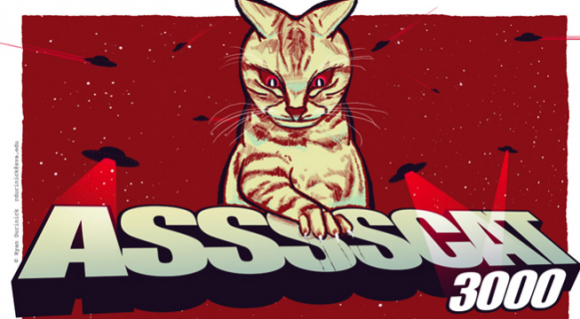 We’d be remiss not to give some of our attention to this “comedy monologue” incident that has been discussed on several Tumblr sites as well as Jezebel and by Splitsider’s Halle Kiefer (who was actually there). Here is the gist of what happened at the UCB Theatre earlier this month: During a performance of Asssscat 3000, the improv performers — which included UCB founders Matt Besser and Ian Roberts — asked for audience suggestions for their improv scenes. One guy stood in front of the microphone and described a scene in which he had sex with a woman who did not want to have sex with him. A woman who repeatedly refused his advances, told him to stop … yeah. This guy confessed a rape.

Here is the best summary of what happened on August 14 from Poupak Spehri, an improv performer who was also at the show:

The woman opens the door to her hotel room thinking it was the waiter, but SURPRISE it’s the cook/host. She immediately asks him to leave, but he finds some BS excuse to go get her cell phone so that he can call a friend to come pick him up since he doesn’t have money for the taxi back (another murky part of the story). She goes to get her cell phone, and makes a HUGE mistake: she leaves the hotel room door open.

He said that he then took it to the next “level” WHILE SHE WAS ASKING HIM TO LEAVE. He fingered her violently (he shows that with a hand gesture – at this point everyone is the audience is booing and the performers are basically asking him to shut up, but he keeps talking). SHE ASKS HIM TO LEAVE. He tells her that he won’t until he gets some. I think that at that moment, she understood that she was going to be raped. She asks him if he has a condom (justification#8) and he says “of course” puts on the condom and rapes her.

He finished his story by saying “we didn’t do anything fancy; she just basically lied there and let me do my business.”

Um, yeah. That would be an actual sexual assault. There is video of the “monologue” available at Stephanie Streisand’s Tumblr (at 38:00), but Jezebel has cut to the chase on their page. What you’ll see is a guy who seems oblivious to the fact that he forced himself on someone and actually thinks it’s funny. You’ll also see not only the audience leaving his side, but the performers.

This is where Halle Kiefer’s perspective comes in. After touching on the fine line between comedy that is offensive and stories that are, at the very least, troubling, she discusses that when comedians have no idea that they’re saying things that could disturb someone else — the way this guy Eric was basically bragging about how he coerced an “old, drunk girl” into having sex with him despite all her rejections — it creates not just an unfunny situation, but a window into a truly horrifying person who has no clue that he’s done something wrong and that he thinks it’s hilarious. (And worth seeing acted out onstage.) However, she made a point to talk about the performers, who — if you watched the video — were visibly uncomfortable once Eric made it clear that he was forcing himself on this woman.

As for how the performers handled it…well, I wish for a million reasons that there would have been at least one woman on that stage. Not that a female performer would have stepped to the front of the stage and declared, “This is not right!,” nor should she have to bear the burden of that expectation, considering male performers are more than welcome to call out bullshit when they see it, and do. No, the reason female performers were needed in that show, and in every show, and in every avenue and aspect in life really, is that when the audience started booing the monologist, the storyteller turned around with a look of pure bafflement, as if he didn’t understand why an auditorium of hundreds of strangers didn’t like his hilarious story. He didn’t understand why we didn’t get the joke.

I think Matt Besser and Ian Roberts, the original UCB members performing that night, handled it as best they could, given the massive audience and extremely public venue. I also think they assumed, as some did, that the story would have a twist, a hilarious revelation that nullified the intense creepiness of the first, oh, I don’t know, 500 minutes of it. If they thought that, it is because they are comedians who expected a comedic story with jokes in it. Besser went on to specifically call out the monologue as being about rape multiple times, while Roberts tagged into a scene about suicide to say, with horror, that the story wasn’t the hilarious anecdote the teller thought it was. Each mention was met with applause because, yes, of course, exactly, right. Personally, I would have shut that shit down as soon as the teller got inside that woman’s hotel room. That, however, is just me, and excluding that option, the performers’ treatment of it was dead-on.

And the aftermath: Jezebel was in touch with another Tumblr user who identified the “comedian” on Facebook. Unsurprisingly, he has deleted his account. However, Second City, where the guy said he worked, has responded by looking into the incident and contacting the authorities.

So, there’s rape jokes and there’s this guy’s “rape joke.” Here’s the difference between the two: this guy actually raped someone, and the person in the “joke” with whom we’re supposed to side is the rapist. And that is what makes this beyond uncomfortable, beyond disturbing, and beyond disgusting. Comedy is allowed to be offensive. But this wasn’t comedy. This was a rapist. I even have trouble with anyone who is calling this “pseudo-rape,” because this woman seems to have made it clear several times that she had no interest in having sex with this guy, and he insisted on “taking it to the next level,” and actually followed through with it until he was having sex with her.

Gross. Gross, gross, gross. Click here for a picture of an adorable puppy.