Raising Dion Coming to Netflix Thanks to Michael B. Jordan | The Mary Sue 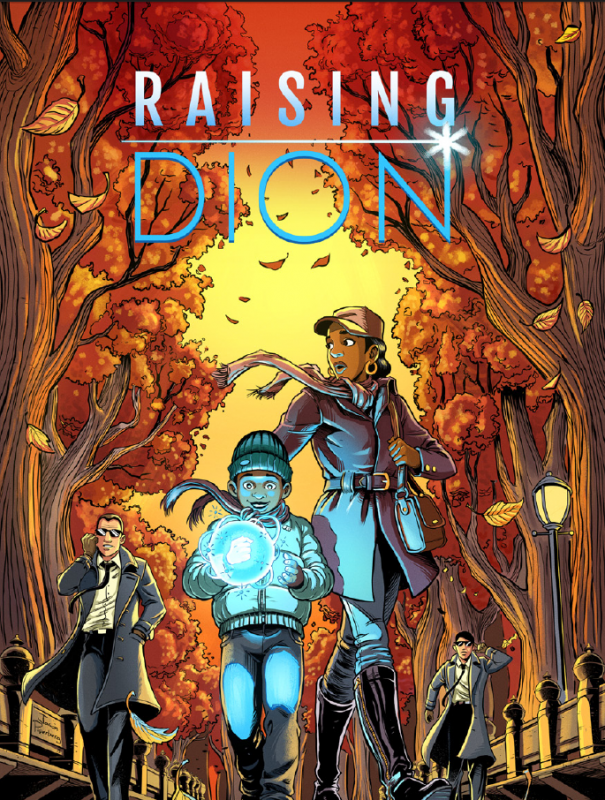 When I first read Dennis Liu’s Raising Dion, the story of a widowed mother raising a superpowered child, I was grateful for its existence on so many levels. Now, even more people will be able to experience this story, because Netflix has just given it a 10-episode series order.

Thanks to Michael B. Jordan and his production company, Outlier Society Productions, Raising Dion will now be a story told on television. Veteran showrunner Carol Barbee (UnREAL, Touch, Hawaii Five-O) has written the pilot and will be running the show with Liu, who is a director as well as the writer of the original comic, serving as director on the series.

You can check out the trailer that Liu directed for the comic right here, to get an idea of what his vision might be (and maybe extrapolate it with a bigger budget in mind!):

As reported by Variety, “The series revolves around a young, recently widowed African-American mother who discovers her son has magical powers. Her struggle with being a single mother is compounded by her need to teach Dion how to handle his supernatural skills and her search for answers about the source of his abilities, with help from her late husband’s best friend.”

In addition to acting as an Executive Producer, Jordan will also appear on Raising Dion as Dion’s dead father.

Liu is thrilled about the new partnership between himself, Jordan, and Netflix, saying, “I started this project many years ago because I wanted to see more diverse representation on film and television and I’m excited to partner with Netflix, who I know shares that commitment. More than ever, we need more stories told from different points of view and my hope with Raising Dion is to create a cinematic experience for all families that will lift your spirits and make you laugh and cry.”

Meanwhile, Netflix’s VP of Original Content, Cindy Holland, credits Liu’s original story with how Netflix wanted to jump on it. She says, “We haven’t seen this type of superhero story before — an origin myth full of imagination, wonder and adventure, all grounded in the experiences of a modern single mother. Michael B. Jordan is an exciting and dynamic talent, and I’m excited to see him, Macro, Carol and the team translate Dennis’ unique vision to television.”

With an experienced female showrunner, an Asian creator and director, and a black EP telling a superhero story about black people from a feminine perspective? I’m excited too! If you want to know what all the fuss is about, you can still check out Raising Dion in comics form on Liu’s website.