“Imagine Superman, but from Martha Kent’s point of view. Or imagine Spiderman [sic], but from Aunt May’s point of view.” That’s the idea behind the thought-provoking new comic, Raising Dion, written by Dennis Liu and illustrated by Jason Piperberg. Check out the ridiculously awesome comic book trailer above! 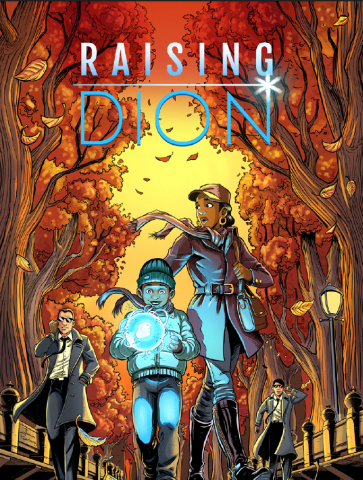 Raising Dion tells the story of a widowed mom raising her son on her own; a task made all the more difficult because her son has superpowers. How do you raise a child when they can disappear at any moment, or overpower you while throwing a temper tantrum? With love, discipline, and a superhuman patience. This comic examines the role that parents play in helping a child turn into the adult they will become, and the fact that a parent’s love can be all that stands between being a superhero or a supervillain when you grow up.

It’s also really awesome that the protagonists are a black mother and son; that she’s a single mom because she’s a widow, not because Dion’s father up and left; and that this is a superhero story from a woman’s point of view. I also love the idea of acknowledging that being a parent is the most difficult job in the world, and doing it well is truly heroic. You don’t need powers to be a hero.

The first issue of Raising Dion is available FOR FREE as a digital download over at raisingdion.com. However, you can pay money for a hard copy if you like it, and the funds raised from hard copy sales will be put toward continuing the book. If this is a story you’d like to see continue, consider snagging a copy!