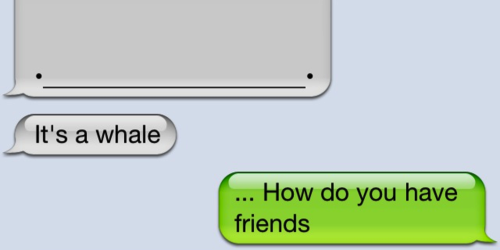 It’s pretty easy to make fun of Hollywood for making nothing but sequels, adaptations, and remakes lately. After all, it’s pretty clear that that’s where the big money is being spent. Just look at the movies that made it into our End-of-Summer Round Up: franchise movies like The Avengers, The Dark Knight Rises, Prometheus and Men in Black III, reboots like The Amazing Spider-Man and Total Recall, and a slew of movies based on licensed products or previously told stories like Battleship, Snow White and the Huntsman and Dark Shadows. The only fully original film there is Brave.

But if this is what we get when Hollywood reaches around for an original idea… how about we just keep making those Spider-Man reboots, huh?

According to The Hollywood Reporter, Jon Turteltaub, producer and director behind such gems as The Kid, Phenomenon, The Sorcerer’s Apprentice, and National Treasure, has been given the go-ahead to put Beached into production.

Beached centers on a chubby 4-year-old child who falls overboard during a family outing, is raised by whales and goes on to become an Olympic swimmer.

See, the kid is chubby. So the whales think it’s one of their own.

Listen, Hollywood. Here’s a good litmus test for you. If the plot of your movie sounds like it would fit right in among the fake trailers at the beginning of Tropic Thunder, maybe don’t make it? The project has been in pre-production limbo already for more than a decade. You should have been pulling the plug. Instead you got out the defibrillation paddles, and now you’re going to shove this zombified whale movie all the way into theaters.

You know what? Just make a zombie whale movie.