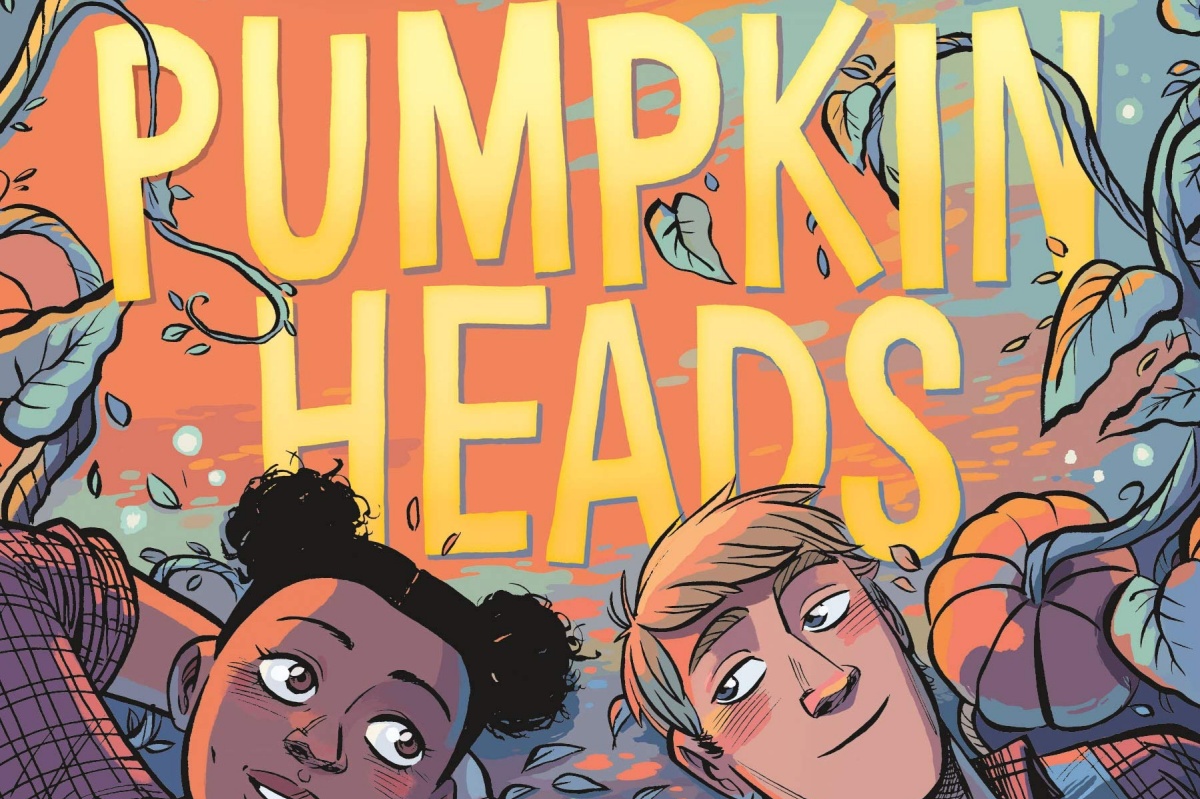 As hot girl summer slowly edges beyond the horizon, signs of fall are already in the air.

Rainbow Rowell is no stranger to young adult novels, with her popular novels Fangirl and Carry On, or comics, with her successful run on Marvel’s Runaways. Rowell has teamed up with Canadian Eisner-Winning illustrator Faith Erin Hicks to craft one of my favorite graphic novels this summer, Pumpkinheads.

Every autumn throughout high school, Deja and Josiah have worked together as “seasonal friends” at the pumpkin patch in Omaha, Nebraska. However, this is their senior year, which means that this is the last time they will be seeing each other for the foreseeable future. The official summary reads,

Josiah’s ready to spend the whole night feeling melancholy about it. Deja isn’t ready to let him. She’s got a plan: What if―instead of moping and the usual slinging lima beans down at the Succotash Hut―they went out with a bang? They could see all the sights! Taste all the snacks! And Josiah could finally talk to that cute girl he’s been mooning over for three years …

What has made First Second comics so important to the graphic novel world is the fact they take the effort to normalize stories that we really wouldn’t have seen a few years ago. Pumpkinheads features a casually bisexual fat black girl, Deja, who wears cute overalls, has dimples and curly buns ponytails, and is just living her best life. There is no calling attention to her weight (well, one kid tries to say something smart and plays himself, but it’s only a “take that” moment). There is no calling attention to her sexuality or implying that it makes her “greedy,” more that she just has such a magnetic personality that of course people want to date her—which, as a bisexual, is exactly how that works, thank you very much.

Josiah is a dreamy-eyed Rory Gilmore type who has committed so many years to ensure that he is the MVPPP (Most Valuable Pumpkin Patch Person) that he hasn’t really done a lot of the fun things in life, or asked out the girl he has a crush on, the aptly named “Fudge Girl.” It’s always refreshing to see male ingenues, especially when it comes to romance. Young men also are raised with idealized images of love and romance, and unlike Tom from 500 Days of Summer, Josiah actually deals with the reality vs. expectation thing in his teens, rather than … his late 20s.

The charm of Pumpkinheads is in the simplicity of the story. Just like fall, both characters are now in a transitional period in their lives, leaving behind the safety and security of this high school seasonal job to start college. The fact that this means the end of something brings to the surface feelings of mountains left unclimbed. The dialogue between the characters shows a relationship that has developed over four years, with in-jokes, shared memories, and a desire for each to see the other happy.

Art-wise, everything is beautiful and really thought out. At the end of the book, you get to see a conversation with Rowell and Hicks, where they discuss the character design, and Rowell talks about wanting to make sure Josiah (Josie) and Deja were close to the same height: “I wanted to push back on the idea that a girl needs to be small and petit to be completely adorable.”

Everything about Pumpkinheads is a delight. You can pick it up to read while drinking your pumpkin-flavored drink. (The Starbucks Pumpkin Spice Latte returns today. Coincidence? I think not.) It will warm your heart and give you the kind of casually inclusive, beautifully designed, heartfelt story that has become a staple of this imprint. If Stars Hollow had Black and queer people in it, this would be the type of cute storyline you’d see on Gilmore Girls. 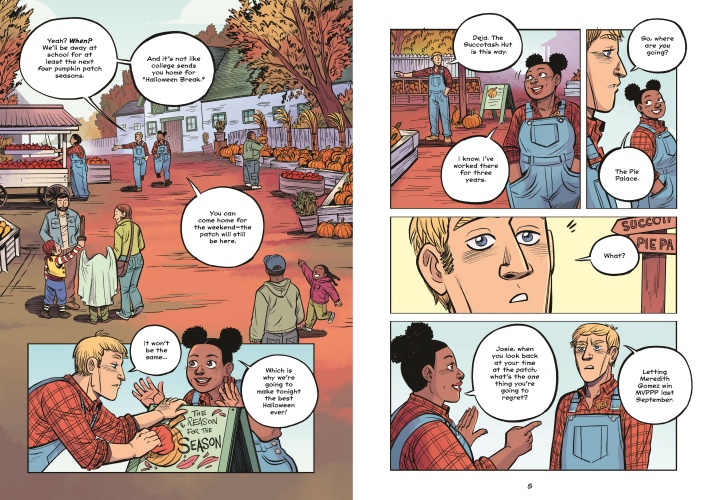 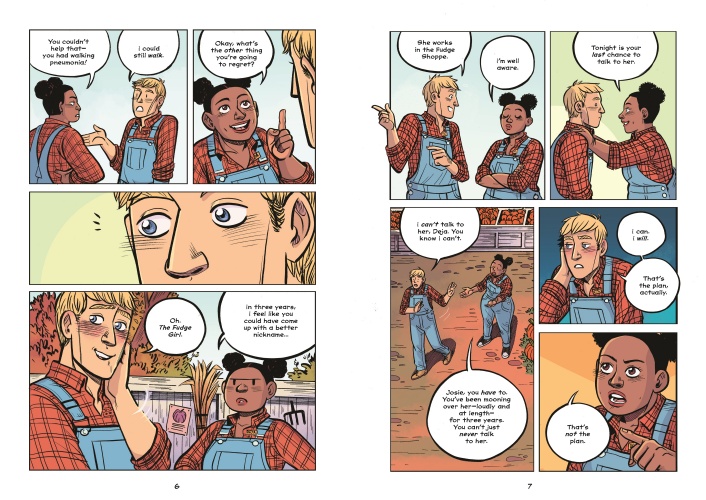 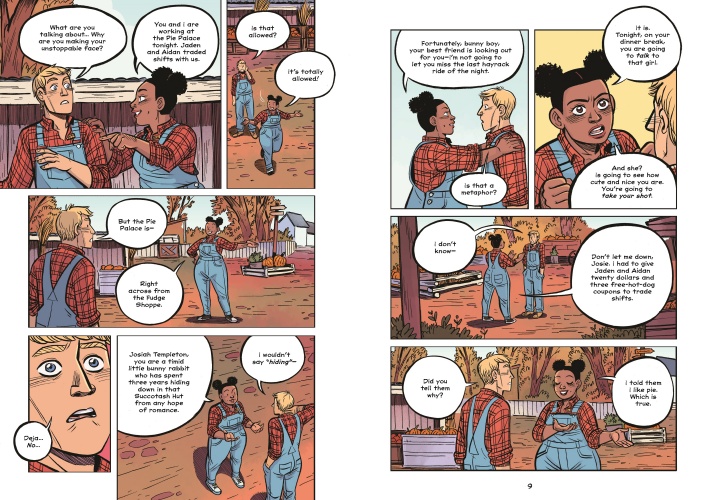 Pumpkinheads is out now.