Hacked-Together Radio With CRT Display Looks Straight Out of Fallout 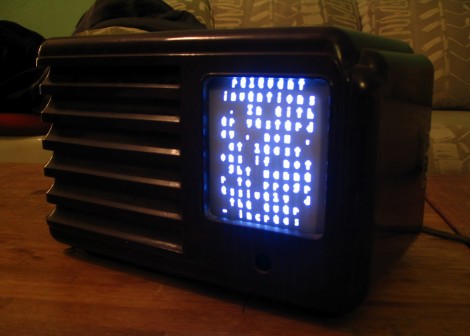 Sometimes you just want to build something that looks cool and has no practical purpose whatsoever. If you’re like me, you just huddle in a corner until the urge subsides, but if you’re like Autuin of Free Geek Vancouver, you actually build a thing. The thing in question this time around is called the Dymaxion Auto-Matic Buckminster Fuller. Basically, it’s an old radio with an old CRT display jammed inside of it that spouts randomly generated quotes attributed to R. Buckminster Fuller. It’s as awesome as it is useless.

The different pieces of this Frankenstein’s monster came together over a period of years. Autuin bought the machine’s shell, an old dead radio, years ago and then was sparked to finally do something with it after purchasing an old Coleman Multifunctional TV Lantern. Ripping the CRT out from one peice of antiquated equipment and plugging it into the corpse of another, Autuin managed to create a seriously awesome retro-futuristic display, and then had to figure out what to put on it.

Ultimately, Autuin settled on using a Markov algorithm to project theoretical (and somewhat garbled) quotes from R. Buckminster Fuller, father of the geodesic dome. The result is an amazingly retro-futuristic monitor displaying retro-futuristic gibberish speeches. What better, useless appliance could you possibly have? 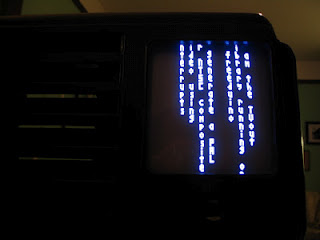 Hop over to the Free Geek Vancouver blog to see a quick video of this bad boy in action and an in-depth breakdown of the build process.