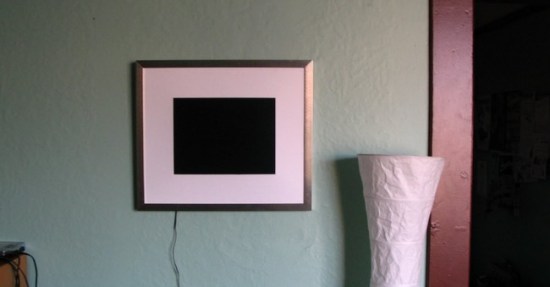 Autuin from the Free Geek Vancouver blog recently decided to do a write up of a project he has apparently had sitting around for a few years. This curious device, a digital picture frame, has an interesting little feature that separates it from its contemporaries. It uses your pictures. No, not  ones you upload to it or anything, just ones it finds hanging around once it sniffs out your insecure Wi-Fi.

While this is sort of an invasion of privacy, Autuin suggests that it’s more of a reminder that your privacy might not be as private as you think. Using insecure Wi-Fi is risky and this is intended to write that on the walls, so to speak. He’s now looking for a daring, Wi-Fi enabled coffee shop where he can hang it up on the wall. But not before insuring it, since it probably won’t last too long before attracting some negative, and maybe violent, attention. You can read about the creation process over on Autuin’s blog.