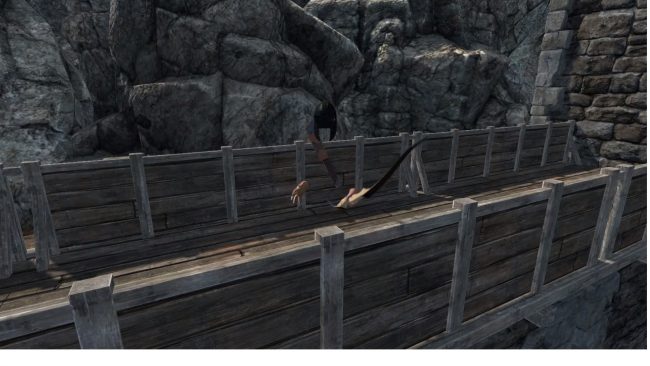 Yesterday, I covered a story in which a woman was groped while playing a virtual reality game called QuiVR. Well, the developers were concerned enough about her story (and the potential untold stories like it) to do something about it.

As reported by Kotaku, QuiVR‘s developers have created a mod that allows players to create a “personal bubble” around themselves, which causes the hands of other players to disappear if they get too close to their personal space. In addition to that, “the potentially aggressive strangers will now disappear entirely from players’ view with the click of two triggers.” So, if someone continues to be bothersome, you can poof them from your existence.

This is indeed a wonderful tool, and I applaud the developers for taking these concerns seriously, and doing something to help players feel more safe. I would love to see that continue! Now that they have looked at the problem from the victim’s side of things, perhaps they should look at things from the perpetrator’s side: as in, doing more to track player engagement and red-flag players who seem to be interacting with others negatively. Who’s moderating here? Where can players report incidents? What’s being done after players do report incidents?

Giving players tools with which to defend themselves is great. Equally important is tackling the problem from the prevention side.