The only logical way to settle this is for Joss Whedon and Bryan Singer to wrestle for him. 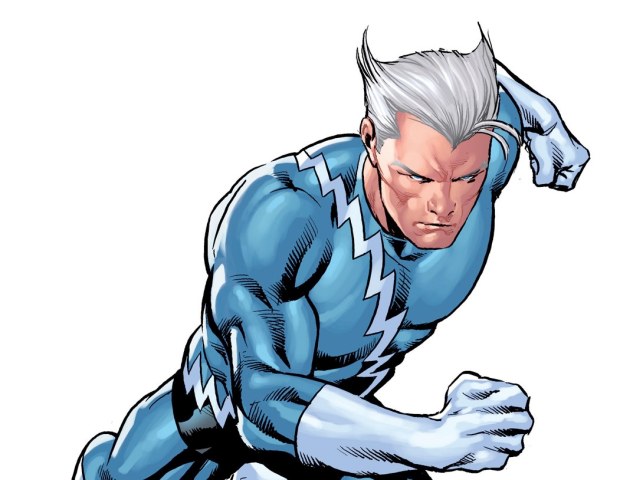 Today Bryan Singer announced on his Twitter that actor Evan Peters will be joining the cast of X-Men: Days of Future Past…as Quicksilver. Curious, considering that about a week ago Joss Whedon confirmed that Quicksilver is in the script for the upcoming Avengers 2, along with Scarlet Witch. So how exactly is this going to work?

Quicksilver and Scarlet Witch have frequently appeared on the Avengers team during the course of their 49 year run as characters, but when they were first introduced, they were originally members of Magneto’s Brotherhood of Evil Mutants. Bryan hinted at this association with the X-Men in the tweet in question:

Before he was an #Avenger, he was just a REALLY fast kid. Thrilled to say #EvanPeters is joining #XMen #DaysOfFuturePast as #Quicksilver.

Singer has not mentioned whether or not there’s a place for Scarlet Witch yet as well, but it stands to reason that she will also appear in the film since the two are brother and sister.

Since the movie rights for X-Men characters go to Fox Studios and not Marvel as the Avengers franchise has, one of two scenarios might play out here: Either only one of the two studios will be allowed to use the character in its films (in which case Quicksilver will probably go to the X-Men, as Days of Future Past is much farther along in production than Avengers 2 is), or both studios will be permitted to use different versions of the character.

The latter could work — after all, there’s basically an infinite number of versions of every single Marvel character strewn across different multiverses. Who’s to say the Marvel Cinematic Universe Quicksilver (designated in the comics as Earth-199999) isn’t a completely different person from the one Singer is cooking up?

Either way, you’re still never going to see Spider-Man in any of the other Marvel movies, because the Spider-Man movie rights go to Sony. Sorry, Parker. No Quinjet rides for you.