Questions I Desperately Need Answered Before Doctor Who Starts Again

Moffat's randomness is tearing me apart. 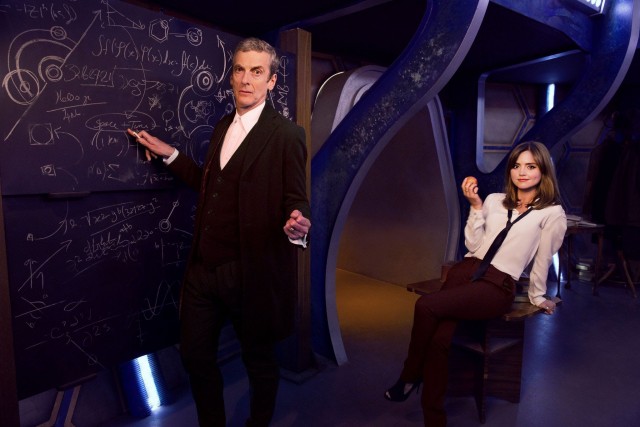 On Sunday, the new season of Doctor Who premieres. After months on months of waiting, it’s finally time to hop back in the TARDIS and head out into the universe for some whirlwind adventures with The Doctor and Clara. More sass, more baddies, more time travel. Sign me up.

But if I’m being honest, I’m a little bit nervous for the show to return. Particularly because of these five questions that, should they not be answered, will continue to keep me up at night gnashing my teeth and weeping. Moffat, release me from this mind prison and answer these questions!

Yes, I know Moffat has given some weird answer to this question that basically insinuates that the Doctor explained it to him. But that doesn’t fly with me, folks. Oh no. After setting up for Trenzalore for the entire season, it all just fell apart in the last few minutes. Clara jumped into his timeline, saved him at various points in history, the Doctor jumped in to save her, and …. nothing. I’ve spent a lot of time wondering if I just missed an episode. I’m haunted by Trenzalore.

It was announced recently that Clara will be leaving the show, and I really hope that in the final season she starts making sense. As a companion, she’s been alright, but I feel strongly that she’s a casualty of poor writing. From the get-go, her story has been so convoluted and confusing that it’s hard to place her. Early on, she seemed like a prop for Matt Smith’s Doctor to be clever at — even into Peter Capaldi’s first season Moffat kept bringing back the memory of Matt Smith, like stop please he left the show — and as a result her character just rings hollow. Sure, it got a little better last season, when she actually had to think critically about who the Doctor is and whether she wants to travel with him, but she deserves to be a character in her own right.

Listen, I know it’s never totally clear how the Master survived in the past. But after throwing himself straight back to Gallifrey to save Earth way back during David Tennant’s run, how can you just bring back the character, toss her in a retro dress, and not explain how she came back to Earth? She was literally set up to be a God-like figure and yet we can’t even get all the details filled in? And now she’s back again for the next season? Come on, Moffat.

So, she’s not dead? After being killed by Missy, Osgood is coming back this season? Moffat, you better explain this one and explain it well. So much of the power of Doctor Who is in the emotions — the loss, the humor, the deep love between characters. To start messing with the rules of mortality is to mess with one of the most human elements of the show — the threat of actual, real separation that can’t be undone with time and space travel. She may be a bit character, but that doesn’t mean you can write her in and out as you wish. And now River Song is coming back, which I am thrilled about, but if it’s not explained very well (and not just some kind of copout that messes up the perfect symmetry of she and the Doctor meeting in backwards order), I will be most displeased.

After setting up so much anticipation, with the Silence, Trenzalore, the oldest question in the universe … it all just kind of fizzled. We’re talking YEARS of set-up here, people, all for naught. There was no clean and satisfying end to that arc. That story arc was like someone baking you a delicious looking TARDIS cake, but when you cut into it, it hasn’t cooked through and now there’s batter all over your counter. Do better, Moffat. Don’t make us a messy cake.

Bridey is a freelance writer based in Washington, D.C. More of her work can be found here brideyheing.com.