Québec Experiences Unexplainable Event In The Sky, Probably The TARDIS 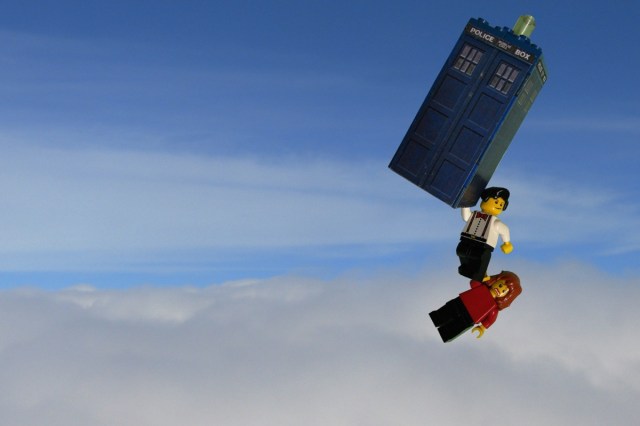 Cities across Québec and Ontario, Canada were shaken a few nights ago after a mysterious explosion – accompanied by an inexplicable flash of blue-green light – lit up the night sky around 8pm. Though there have been no reports of a wheezy vworrp-vwoorp sound, we’re forced to assume the TARDIS has crash-landed in eastern Canada.

Across eastern Québec and western Ontario (that’s a huge chunk of Canada right on top of New York State), people experienced the boom and blue streak – but no one knows what caused it, including the Québec police force and Environment Canada. Sure, Chris Hadfield said it could have been a meteorite – but no seismographic events were recorded by either Earthquake Canada or the United States Geological Survey.

For those just joining us, Mtl & surrounding regions witnessed a flash of blue light followed by a loud boom just before 8pm. Cause unknown.

The sky lit up all blue near #Cornwall and #Hogansburg NY #Explosion #Montreal News from both countries – doesn’t even know what it was yet.

Unknown explosion in Montreal! It was the loudest noise

The bang was not a meteor or explosion. It was Quebec separating from the rest of Canada. #Montreal

You know what would cause a big boom, a bright blue streak, and no seismic activity? A crashing TARDIS.