Grad Student Being Paid to Photograph Rare Red Lightning, Has Coolest Job Ever 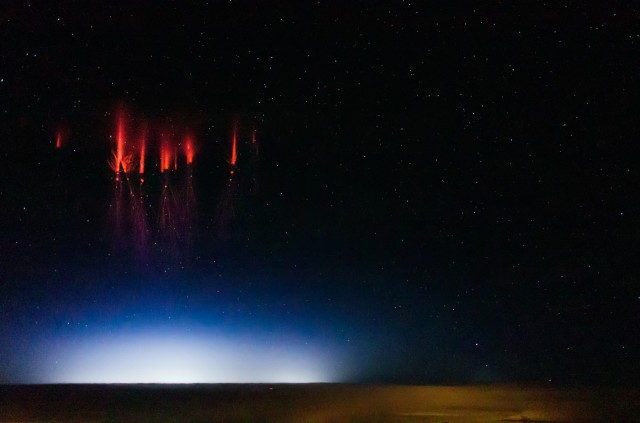 Okay, so maybe Iron Man beats lightning photographer so far as jobs go, but I maintain that grad student and photographer Jason Ahrns, along with other scientists, is probably having a fairly awesome summer. Their sponsored project? Fly in a Gulfstream V in search of rare, red lightning.

Ahrns and the team have thus far logged 30 hours in search of the phenomenon known as sprites, because finally someone realized that us laypeople often judge things based on how cool and/or adorable their names are. Sprites last only milliseconds and can’t be seen from the ground, which is why a special team was needed in the first place. The team has been using DSLRs and high speed video cameras to capture new images this summer. 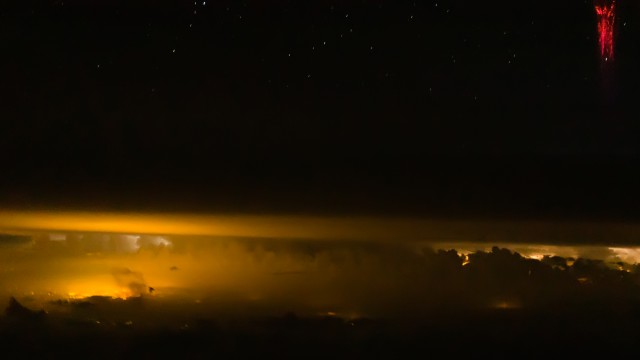 So what exactly is this strange kind of lightning? Ahrns, in an interview with Smithsonian, described them thusly:

A sprite is a kind of upper atmosphere electrical discharge associated with thunderstorms. A large electric field, generated by some lightning strokes, ionizes the air high above the cloud, which then emits the light we see in the pictures. They obviously beg comparison to the regular lightning bolts we see all the time, but I like to point out that the sprites are much higher, with the tops reaching up to around 100 kilometers, and higher. A lightning bolt might stretch around 10 kilometers from the cloud to the ground, but a sprite can reach 50 kilometers tall.

He went on to explain that sprites occur when the cloud has built up positive charge (which, just to make things easier, happens 10 times less frequently than do negative lightning strokes), and the more charge moved during a lightning stroke, the better. Not all storms produce red lightning, and it’s most common in the midwest, where there are the most all-night thunderstorms.

This footage of a sprite has been slowed down about 500x.

The team has been focused on what processes occur in a sprite– the phenomenon was only discovered 25 years ago, and there is still fairly little known about it. They also hope to determine if sprites have an impact on the middle atmosphere from the energy they transfer.

So how do they go sprite-hunting? Ahrns says the team pretty much just watches weather conditions while they’re in the plane, follow the storms, and point the cameras (Ahrns uses a Nikon D7000 and a fast lens) where they hope the sprites will appear. They get lucky about 1 out of every 1000 pictures. 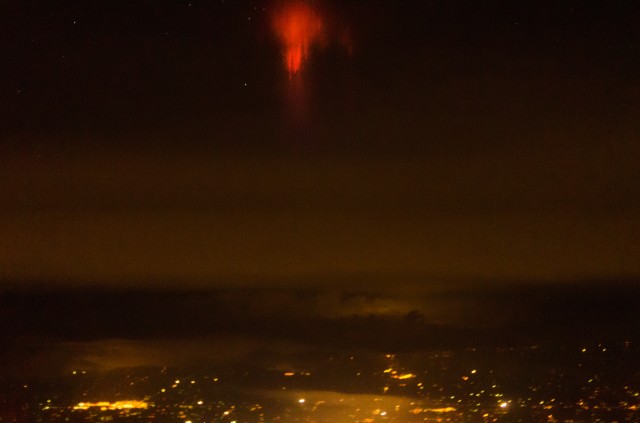 The team doesn’t know when their next campaign will be, but they hope to fly again next summer. And if you want to read more, Ahrns is updating the search for the sprites on his blog.

(via Smithsonian, images via Jason Ahrns)