For a hyper-masculine ex-KGB operative, Putin sure is sensitive about this kind of thing. 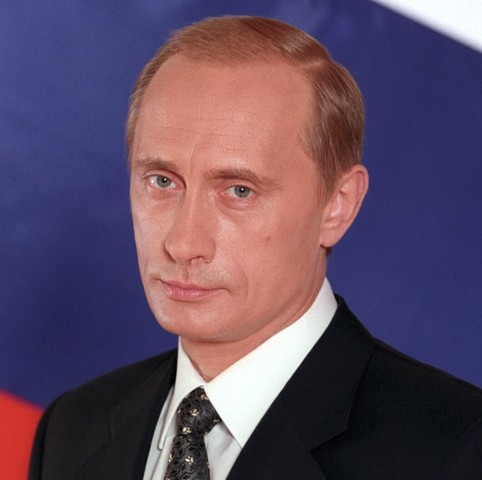 Artist Konstantin Altunin is seeking asylum in France today, after being forced to flee his native Russia following the removal of several of his paintings from a gallery by Russian police officers. Among those removed was a painting of Russian Preisdent Vladmir Putin in a negligee, doing the hair of former President Dmitry Medvedev.

Apparently, this sort of political commentary is poorly taken in Russia. Who knew? I mean, other than Pussy Riot and also Garry Kasparov. I guess they knew.

Following the seizure of his paintings, Altunin was alerted to the fact that police were waiting for him at his home, so rather than return to face them — and possibly criminal charges under Russia’s draconian laws against ‘promoting homosexuality’ — Altunin got on a plane and headed for Paris, where he has since applied for asylum and will presumably be free to paint pictures of any public figure he wants to, wearing underwear or not.

Surprisingly, it doesn’t appear Putin himself was even behind the disappearing paintings. That honor would seem to go to St. Petersburg politician Vitaly Milonov. Milonov is the architect of the aforementioned recently passed Russian law that makes it illegal to discuss homosexuality online or in print in Russia and basically codifies virulent homophobia as the law of the land. Milonov reportedly visited the gallery earlier this week, only to see a painting of himself next to a rainbow pride flag. Shortly thereafter, an edict was issued ordering the paintings seized by the state and — it seems —  Mr. Altunin arrested.

So, with this being clearly the worst kind of ugly and unfair thing, here’s where we at Geekosystem take advantage of our privileged position as people who are not in Russia to point out that Milonov is a hate-mongering jag-off who would be doing the world a favor if he jumped up his own ass and died. Also, he apparently can’t stand a little criticism, which is kinda exactly the thing one would expect from a cartoonish hatemonster like Mr. Milonov.  Godspeed and good travels, Mr. Altunin. Here’s hoping you find a safe port soon.

(via France24, image via Wikipedia Commons)