Just don't touch the series again after it has been revived, or it will stay dead for good. 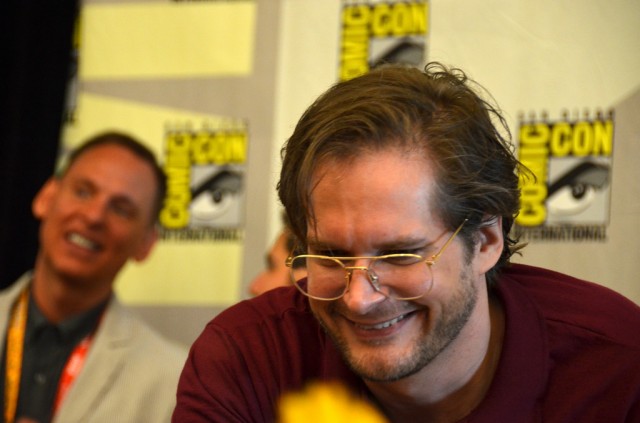 In between desperately trying to get a second season for his critically acclaimed series Hannibal, Bryan Fuller had admitted that he wants to launch a Kickstarter campaign for a movie version of his once critically acclaimed but-also-brutally-cancelled show Pushing Daisies. Now it’s starting to look more and more like Fuller’s going to make that campaign happen, because last night he announced via Twitter that he’s put up all the scripts for every Pushing Daisies episode on his website. Who does nice things like that for a four-year-old cancelled series out of the blue like that without hoping to get some money out of it? We’re on to your tricks, Fuller!

Of all the shows he’s worked for, Daisies would have the best shot of getting successfully revived — there’s still probably enough support for it, and most of the series regulars aren’t doing much else (except for Lee Pace, who is doing everything else. Seriously, how many franchises is he a part of now?). However, Fuller also has a reputation for hinting that he wants to bring back Pushing Daisies via whatever medium is getting recognition at any given moment and then never actually following through. Back when Starz was doing a Torchwood mini-series, he said he wanted to do one of those as well. When the Buffy: Season 8 comics started to get traction, Fuller said he wanted to do a Season 3 comic book (and he almost did until the publisher dropped out). He’s even copped to thinking about writing a musical version of the show to be put on Broadway. It only makes sense that in the wake of Veronica Mars’ successful Kickstarter movie funding, he’d be jumping on that bandwagon, too.

Still, I’m going to hold out hope that his putting up the scripts means that he’s quietly looking to put the show back in people’s minds before he launches an actual campaign. The show is not on Netflix Instant yet, so this is the best he can do, right?

Both full seasons of show scripts can be found on Bryan Fuller’s website, The Living Dead Guy. The pilot for Hannibal is also there if you’re into that sort of thing, but other than that there aren’t any other scripts to be found. Too bad, because Dead Like Me isn’t on Netflix either and I wouldn’t mind checking out those scripts, too. Not that they should try to revive Dead Like Me again. That didn’t work the first time.