Paralyzed Patients to Use Pupil Responses to Communicate | The Mary Sue

Paralyzed Patients to Use Pupil Responses to Communicate

Also, locked-in syndrome is a thing because apparently my nightmares are coming to life. 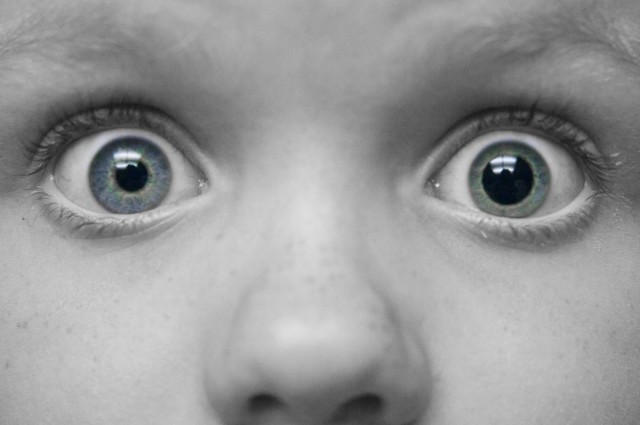 Locked-In Syndrome is a condition where patients retain cognitive function, but are completely unable to move, speak, or communicate. It’s a pretty scary situation, but researchers are developing a way for locked-in patients to communicate using the pupils of their eyes.

There’s a two-sentence horror story by Reddit user Clayboy731 that sums up the fear a lot of people have about being in a similar situation:

After struggling desperately to move any part of his paralytic body to alert the doctors that he was conscious before they made the first incision, he was relieved to see that one of the nurses had noticed his pupils dilating from the bright light. She leaned in close and, in a whisper that tickled his ear, said “You think we don’t know you’re awake?”

That’s unsettling at best, but for an unlucky few, it’s also reality. Thankfully researchers have discovered a new way for these patients to communicate with their eyes, which typically remain active despite the disease. Changes in the pupil do not only occur in response to light, but also emotional events and the brain activity behind decision making.

Researchers involved in the study realized that if the patients did mental math, they could control the size of their pupils. They would ask the patient a yes or no question, and after each answer would present a math problem. The patient would attempt the math problem that corresponded to their answer, an activity which causes the pupils to dilate. Researchers could time the pupil dilation to determine which answer they intended.

This technique is not perfect. When tested on six healthy individuals, it was highly accurate, but on locked-in patients, depending on their brain injuries, success was anywhere from 38% to 84%. But given the ease of this method, as well as the lack of invasive surgery, scientists are attempting to improve results. Not to mention that it functions as an indicator of a patient’s remaining cognitive function.

(via Discover, image via Ian MacDonald)