Your Pumpkin Spice Latte Probably Doesn’t Contain Any Actual Pumpkin, According to the NYT and Science

So that makes it just like everything else we eat! 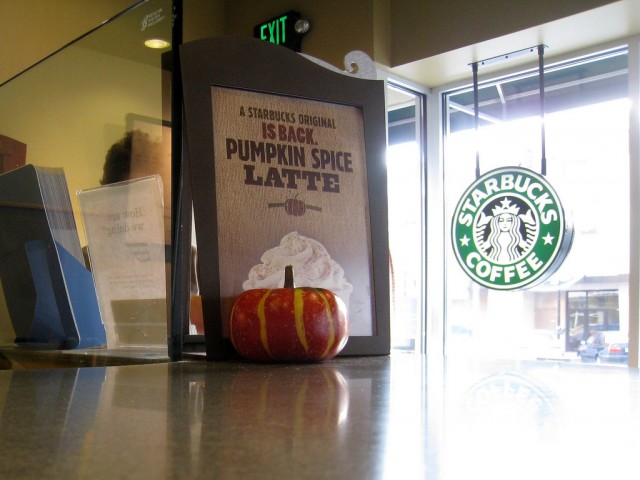 This shouldn’t surprise you, but you know that pumpkin-flavored processed food you’ve been eating all season? The pumpkin flavor is also processed. Michael Moss, a writer for the New York Times, recently visited a food flavor manufacturer to figure out just how it is that the flavor we attribute to “pumpkin” came to be, and the science of it is actually pretty cool.

According to the video below, regular pumpkin flavor isn’t pumpkin-y enough to hold its own against all the fats, salts, and sugars that go into most processed foods, so flavor scientists (yeah, that’s a real thing) have to compensate by upping the amount of spices that we typically associate with traditional pumpkin pie — namely cinnamon, nutmeg, and cloves. Or, well, their nearest synthetic equivalent, because we live in a vast, artificial world of unfeeling nothingness.

So sure, “pumpkin spice” is totally fake. So’s everything nowadays. At least it still tastes delicious, right? And after November ends, it won’t be around for another year anyway. Well have moved onto synthetic peppermint and gingerbread instead.

(via New York Times, featured image via Becky on Flickr)