It’s my turn again here at Pull Wisely, and this week my spotlight review is of Marvel Comics’ newest (and weirdest!) ongoing comic, Weirdworld #1. Get ready for epic high-fantasy adventures, a witty banter factor of a bajillion, and two nuanced female protagonists. I know, right? Two female leads in one book? Madness!

As always, first video transcript, then my Top Five recommendations for the week. Aaaaaaaaand, go!

Hey, everybody! This is Teresa Jusino, and welcome to Pull Wisely!

This week, our Spotlight Review is really, really weird. Of course, I’m talking about Weirdworld #1 from Marvel, which I actually wrote a piece about earlier this week. You might go check that out. It’s an interview with writer Sam Humphries, as well as editors Tom Brevoort and Alanna Smith. Weirdworld comes out of Secret Wars, and Jason Aaron was originally on the title during Secret Wars, and it ends with a plane crash. Well, in Weirdworld #1, in this new ongoing title, we come to know one of the survivors of that plane crash.

Her name is Becca Rodriguez, and all of a sudden she leaves the wreckage and finds herself in this crazy place where there’s these monsters and ogres, and the other people on the plane are being picked up by these weird plant things and being eaten. Like, there’s all sorts of crazy stuff going on, and she’s like I need to get outta here.

First of all, two amazing, nuanced female protagonists, which is great to see in any comic. And the fact that, you know, in this one they can have two! It doesn’t just have to be one! They’re written really well, and Sam Humphries does an amazing job telling this story. It’s not only weird, and funny, and crazy, but it’s also really emotional, and once you get into what Becca is going through, it gets really, really deep. And it pulls on your heartstrings a little bit, and despite all the craziness, it really grounds it.

Becca is a character I’m really gonna want to follow, because even though she’s thrown into this world where all sorts of crazy stuff happens, there’s still something about her that’s very strong, and she knows she’s already been through so much. So, you can throw a crazy-looking wizard at her, and she’s like, “You know what? This is kinda freaking me out right now, but I’m gonna handle it, because I’ve already been through so much, and I know I can.” So Becca is someone I’m going to enjoy watching progress as the series goes on.

Goleta is hilarious, and she drives a badass car, and she’s amazing and she kills things and she’s awesome and hilarious, so you’re going to want to check them out together.

In addition to Humphries’ great storytelling, Mike Del Mundo’s art is gorgeous. It’s expressive, it’s weird, it’s crazy, it’s creative – like the fact that the wizards don’t look like wizards the way we’d think of them. The action is great, and also easy to follow. And the colors are really deep and rich and vibrant, and they really pull you into the story. They invite you in. They’re very welcoming, so that even in this weird, crazy world, you feel like you have a place there. And as somebody who is a writer and I tend to focus more on story-related stuff, I’m not always the best equipped to talk about things like art and color and what they do, but the color here is so outstanding, and I really felt its impact on me as a reader, that I have to mention it, because I could tell how it was impacting the story. Check it out this week from Marvel!

And as always, if you’ve got some comics that you definitely want us to check out, mention them in the comments below. If you pick up Weirdworld and you wanna tell us what you think, put that in the comments as well, and also hit us up on social media – Facebook and Twitter – using the hashtag #PullWisely.

Until next week, I’m Teresa Jusino, and I’ll see you at the comics shop!

And now, here’s our Top 5 Comics Recommendations for the week! 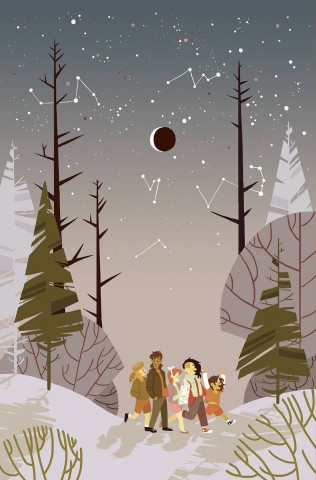 Lumberjanes #21 – written by Shannon Watters, with art by Carolyn Nowak, published by BOOM! Studios. We’re done with merpeople and now the Lumberjanes are moving on to a new supernatural creature. But little do they know that they’ve already met their first werewolf! This title is consistently solid, so if you haven’t read it yet, get on the Lumberjanes train! 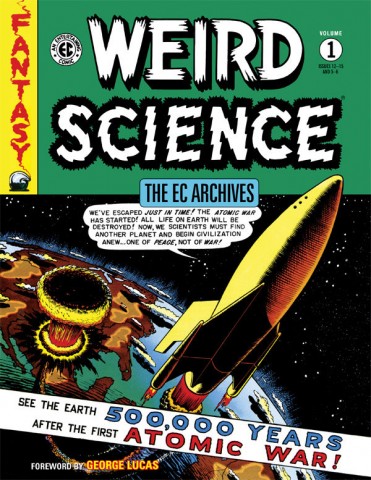 The EC Archives: Weird Science Volume 1 HC – This is the collected work of classic EC creators like Bill Gaines, Al Feldstein, Harry Harrison, Gardner Fox, Harvey Kurtzman, Wally Wood, Jack Kamen, Graham Ingels, Marie Severin, and Carlos Badilla published by Dark Horse Comics. Believe it or not, there was a time in the 1950s when superheroes were out of fashion. What was in fashion in comics instead was genre comics – crime comics, romance, fantasy, science-fiction, etc. Dark Horse has been doing an awesome job collecting the comics in the EC archive that gave marginalized comics creators a voice back in the day, and challenged the US so much by exposing children to progressive ideas, that it sparked things like Frederic Wertham’s Seduction of the Innocent and the creation of the Comics Code Authority. You should definitely pay homage to these classic sci-fi stories. 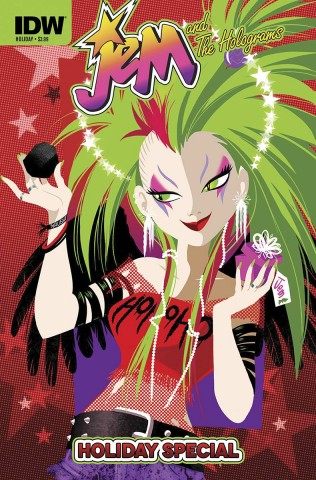 Jem and the Holograms Holiday Special – written by Kelly Thompson, with art by Amy Mebberson, published by IDW Publishing. In the title’s first Holiday Special, Jem and the Holograms and The Misfits end up drawing each other in their record label’s Secret Santa gift exchange! Is it – as they say – on? Or will they all be overcome with the spirit of the season? My guess? Probably both. 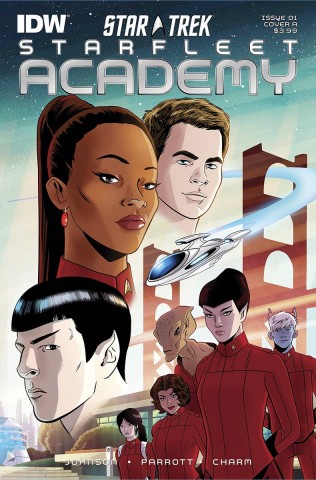 Star Trek: Starfleet Academy #1 (of 5) – written by Mike Johnson, with art by Derek Charm, published by IDW Publishing. This comic mini-series takes place before the 2009 Star Trek film, and follows the soon-to-be Enterprise crew through their lives at Starfleet Academy. If you want to start getting hype for Star Trek Beyond (whether you liked the trailer or not), this will be a great place to start. 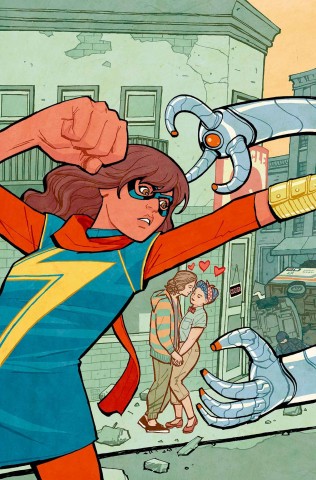 Ms. Marvel #2 – written by G. Willow Wilson, with art by Takeshi Miyagawa, published by Marvel Comics. Kamala is on the Avengers now, and she’s fought all sorts of villains. But there’s one foe in Jersey City that’s the most difficult of all – Gentrification!

Now that I’ve had my say, what are you all reading this week? Let’s talk comics and recommendations in the comments below, and prepare ourselves to head out to the comics shop after work today! You with me?