Disney's Adapting Prydain Into a Movie, Again | The Mary Sue 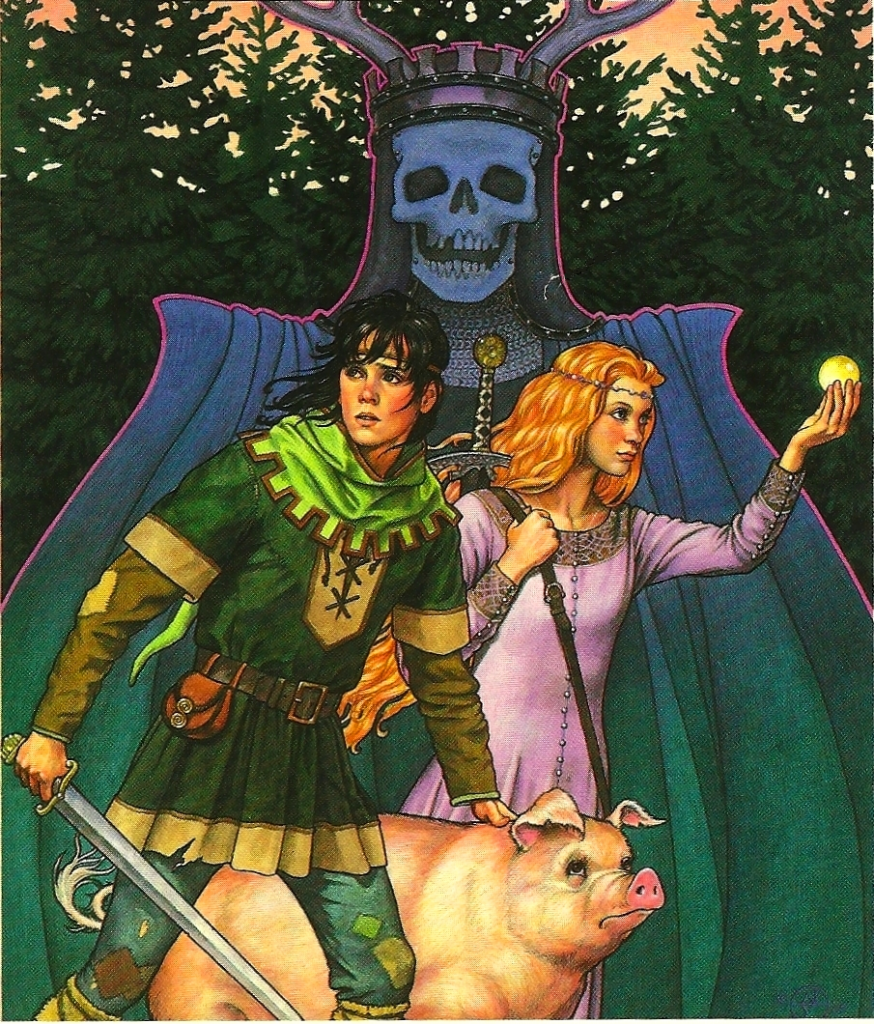 Disney adapted Lloyd Alexander’s The Chronicles of Prydain book series once before — and now they’re about to try it all over again. Last time, the books ended up serving as the inspiration for Disney’s animated movie The Black Cauldron, which remains a love-it-or-hate-it point of argument in the Prydain fandom to this day.

Whether you think The Black Cauldron was a sloppy mess that did a total disservice to the books by changing too many plot points, or you thought it was an enjoyable romp that still made for a fun watch in spite of the differences, the news that Disney plans to re-adapt the series again should still come as a surprise. Why Prydain, again? Why now?

Variety reports that the project has just entered the “early development” stages, and there’s not even a clarification included as to whether the adaptation will be animated (like before) or live-action (that would be neat, eh?). Sam Dickerman is the Disney exec on tap to head up the project, but it hasn’t even signed on a writer, producer, or director yet. Sounds like everything’s up in the air.

I haven’t re-read the Prydain books as an adult, but I remember loving them as a child. What I remember about them now isn’t exactly blowing my mind, though — it’s standard hero’s journey stuff. The books revolve around Taran, a lowly farmhand (“assistant pig-keeper,” to be precise) who ends up on a grand adventure. He soon meets a girl his age, Eilonwy, who has magic powers and turns out to be a princess and regularly saves his butt from scrapes. There’s budding sexual tension between the two youngsters throughout, as is typical for this sort of tale. I think there’s also a talking pig, but I might be making that part up (it’s been a while).

The book suffers from the same problem that a lot of genre fiction does, even now — “Trinity Syndrome,” named after the character in The Matrix. Basically, the lone female character is way more competent than the hero, but the story still places her in the back seat. As a young girl, I thought Eilonwy was so freakin’ cool, but even back then I couldn’t figure out why the story wasn’t about her. I have the same question today, in fact.

If Disney is adapting young adult fantasy books, I’d love to see them do Patricia C. Wrede’s Enchanted Forest Chronicles or Tamora Pierce’s The Song of the Lioness Quartet — both of which take the “bad-ass magic-wielding warrior princess” trope and make it a lot more interesting! I’m sure there are a lot of other even better examples that weren’t in my middle school library; let me know in the comments.

I mean, I’ll probably still see this Chronicles of Prydain adaptation — but when it comes to books I loved as a child, I’m not even sure I’d put that in the top ten list. What about you all? What do you think?