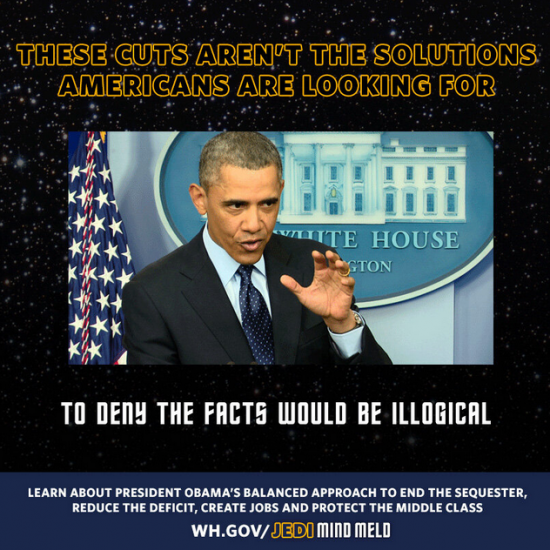 We’ve previously confirmed the United States has the geekiest administration in history but earlier today we found out we might have been duped! President Barack Obama is not a “real” geek as we assumed but a horrifying Fake Geek Girl!! While speaking on his sequester plan, the President was asked why he can’t force Republicans and Democrats to cooperate by locking them all in a room together. He replied, “The fact that they don’t take it means that I should somehow do a Jedi Mind Meld with these folks and convince them to do what’s right.” Big mistake, Mr. President. But the White House was quick to respond with the above image tweeted from their official Twitter account and www.WH.gov/JediMindMeld smartly redirects to “What You Need To Know About The Sequester.”