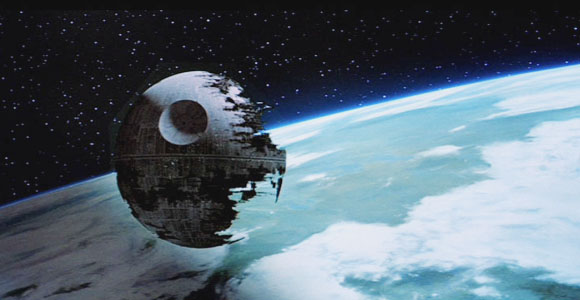 We already knew President Barack Obama was a nerd but this…this solidifies his place in our intergalactic records. Remember when we reported on that petition someone started to get the United States government to fund the building of a Death Star ala Star Wars? We all had a good laugh, knew it wouldn’t happen, and assumed they wouldn’t even get a response. They did. While it may not be the one petitioners were hoping for, it’s probably the single best response to anything, ever.

Petitions submitted to WhiteHouse.gov need to get 25,000 signatures before the administration is required to respond. The Death Star submission got almost 10,000 more. So what about that reply?

First of all, it was titled “This Isn’t the Petition Response You’re Looking For,” so we knew right off the bat this was going to be good. The author of the reply, Paul Shawcross, Chief of the Science and Space Branch at the White House Office of Management and Budget, goes on to break down the most important reasons why they decided not to build a Death Star for the U.S.

In case you were wondering where they came up with that number, it’s from a study economics students at Lehigh University in Pennsylvania put together in early 2012. Instead of listing reasons why building a Death Star, especially by 2016 as the petition demanded, just wasn’t feasible, Shawcross went on to tout the science and technology already in existence we should be proud of.

However, look carefully (here’s how) and you’ll notice something already floating in the sky — that’s no Moon, it’s a Space Station! Yes, we already have a giant, football field-sized International Space Station in orbit around the Earth that’s helping us learn how humans can live and thrive in space for long durations.

Even though the United States doesn’t have anything that can do the Kessel Run in less than 12 parsecs, we’ve got two spacecraft leaving the Solar System and we’re building a probe that will fly to the exterior layers of the Sun. We are discovering hundreds of new planets in other star systems and building a much morepowerful successor to the Hubble Space Telescope that will see back to the early days of the universe.

And back here at  home…

We don’t have a Death Star, but we do have floating robot assistants on the Space Station, a President who knows his way around a light saber and advanced (marshmallow) cannon, and the Defense Advanced Research Projects Agency, which is supporting research on building Luke’s arm, floating droids, and quadruped walkers.

While all the geek talk made us very happy, it was the start of their parting shot that made the most impact. “We are living in the future! Enjoy it. Or better yet, help build it by pursuing a career in a science, technology, engineering or math-related field.”

(via The White House)