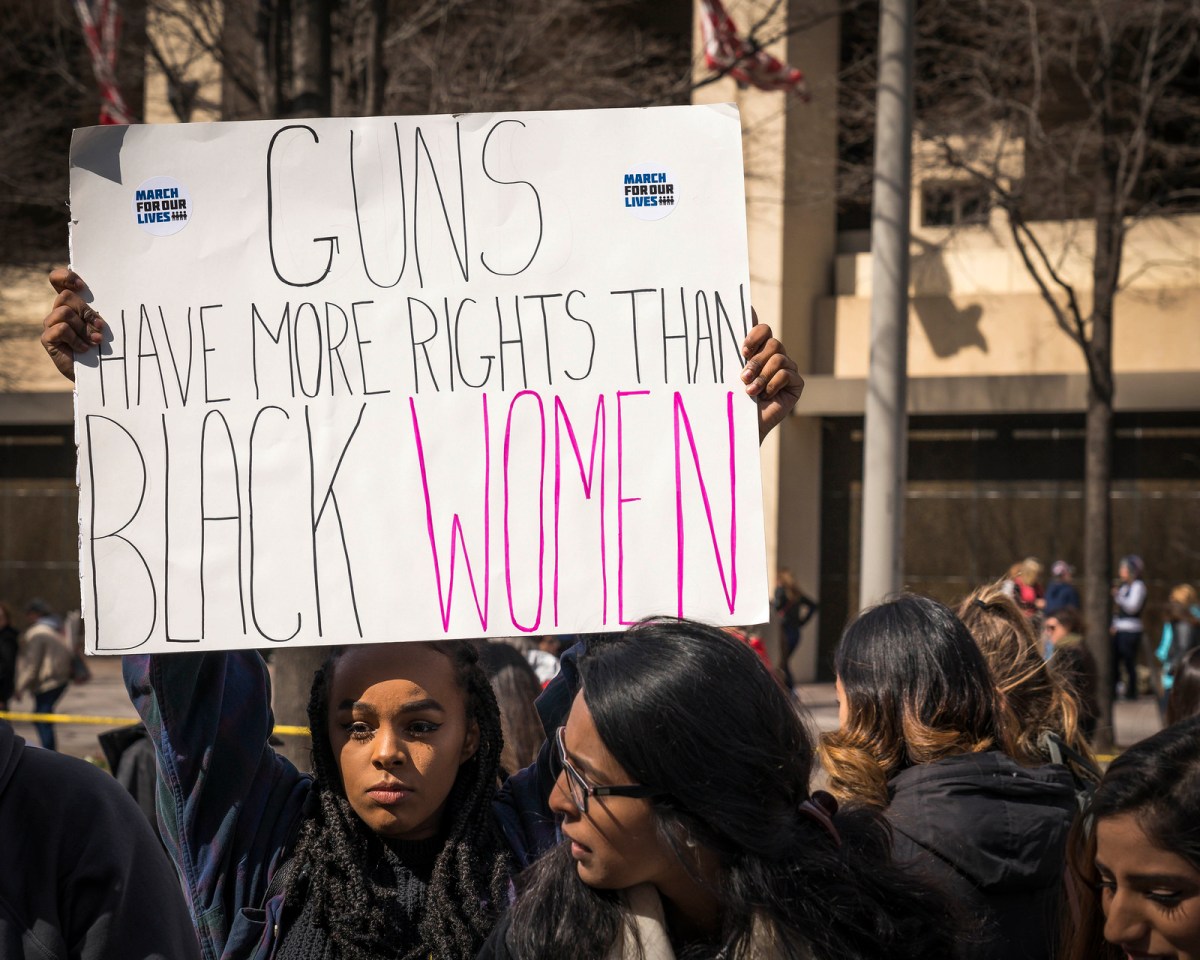 As reported by Vox, Ra experienced an event last summer that changed her life forever. It all started because Ra had been in a long-term argument with a woman named Channell Harvey, the parent of a girl who had been fighting with Ra’s niece at school. In July of last year, Harvey brought her daughter to a sleepover held at Ra’s mother’s home, but when Ra saw she was there, she asked the girl to leave.

The girl called her mother to pick her up, and Harvey arrived upset. There is a dispute as to what actually happened after that. According to Harvey:

“[W]hen she returned to pick up her daughter from Anderson’s home, Ra threatened her, then pulled a gun out of her car after saying, “I got something for you.” Harvey then told police that she took pictures of Ra holding the gun, and then drove to the police station and filed a complaint.”

According to Ra’s family, however, Harvey was “literally going back and forth with this car, putting it in reverse and fixing herself to come at us again, and go after my mother, who was also standing very close to me and wasn’t able to run.”

Ra then explained that she then took her two-year-old daughter out of her own car, where she’d been playing during the incident, grabbed her unloaded handgun from the car, and pointed it at Harvey to scare her off. After Harvey drove away, Ra went and filed her own police report.

Ra is a concealed carry permit holder who lives in an open carry state with a “stand your ground” law in place. Now, she is serving a two-year prison sentence at Huron Valley Correctional Facility for felonious assault and felony firearm convictions. Ra is seven months pregnant with her second child and, according to her lawyers, is not receiving sufficient medical care for her high-risk pregnancy. Her lawyers report conditions such as the facility keeping her shackled during vaginal exams.

The case is being appealed to the same judge, Thomas Hathaway, who already denied a request to postpone Ra’s sentence until she gives birth.

One of the main problems for Ra during her trial is that Harvey filed her police complaint first, allowing her to be the “victim” in the case, according to Detroit law. The Detroit Metro Times explains that “During the trial, a DPD detective testified that the department considers the person who arrives at the police station first to be the victim, lawyers say. Thus, detectives were not allowed to speak to Ra directly.”

The other problem? A jury that wasn’t properly informed about what they were sentencing. A jury that was also eager to get home quickly because of an impending snowstorm. Victoria Burton-Harris, one of Ra’s lawyers, reports that the jury “wasn’t informed that the gun charges carried a mandatory prison sentence of two years.” And so, they deliberated really quickly because of the snowstorm.

Aaaand where is the NRA in all this? After all, the “stand your ground” law that was passed in Michigan in 2006 was made possible by a group working with the NRA.

I’ve covered this story on radio and NRATV. I’d like to know what evidence or argument led the jury to not consider it SYG.

Vox reports that despite Loesch’s claim, that “there appear to be no mentions of the case on the NRA website or social media platforms.” Meanwhile, Loesch has yet to provide a link to her segment where she’s talked about it when asked in response to her tweet.

For the record, in response to the parent tweet to Loesch’s tweet above, it’s not necessarily about “wanting the NRA’s help” in this, as opposed to pointing out the hypocrisy in their lack of help. Because apparently, defending gun rights only matters when it’s white people holding the guns.

After all, let’s go back to 2016 and the tragic shooting of Philando Castile in Minnesota, where alerting the police officer who stopped him of his legally permitted firearm caused that officer to shoot at him seven times, because he thought he was reaching for the gun. Even though he admits he didn’t even know where Castile was keeping the gun, and he’d just asked Castile to show him his ID. Castile was reaching for his wallet.

What was the NRA’s response to that? At first, it was nothing, because they “didn’t want to comment on an ongoing investigation.” Later, however, in 2017, Loesch made a statement in an interview calling the shooting “absolutely awful” and “a terrible tragedy that could have been avoided.” How could it have been avoided? Better police training?

Nope. It was totally Castile’s fault, according to the NRA. Loesch says that Castile was not legally carrying his handgun, because of the marijuana he had in his car, and that his “permit should’ve been out and hands not moving.” I wonder how many gun owners actually leave their gun permits out and visible in their cars at all times? Did she also not see the part where Castile was asked to get his ID? How exactly is one supposed to reach for their ID without moving their hands?

Or how about the case of Marissa Alexander, a black woman who served three years in prison for firing one shot in the direction of her husband (not even hitting him), after he’d threatened to kill her. Maj Toure, founder of Black Guns Matter, a gun rights association aimed at urban communities and black Americans, said:

“You have situations where women defending their lives are sent to jail for the dumbest shit on earth. [A man] attempts to attack [a woman] and instead of killing the man, [she] shoots in the air, and that woman is facing years. Those scenarios are outrageous and mass media and public outrage is heightened, but justice for these situations is trash.”

Vox reports how black gun owners too often don’t get treated the same under the law when it comes to their firearms. According to The Urban Institute, when white shooters kill black people in “stand your ground” states:

In our national debate on gun law reform and gun control, this is an important piece of the conversation that cannot be overlooked. Laws are only valuable if they’re enforced properly and equally for all citizens. The fact that they’re currently shows that the mainstream gun lobby, a.k.a. the NRA, which is one of the most powerful lobbying groups in the country, may be all about protecting gun owners, but they’re even more interested in protecting a racist system that allows white gun owners all the privileges in the world while black gun owners are left to fend for themselves.