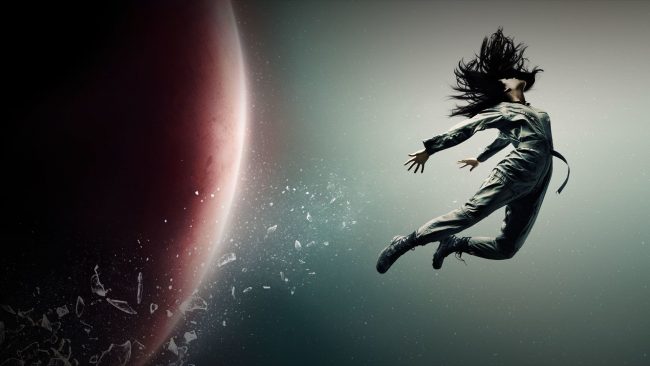 Between last year’s Rogue One: A Star Wars Story, and the upcoming The Last Jedi, it’s a great time to be a Star Wars fan. That is, unless you walked out of The Force Awakens dying for the next chapter in Rey and Finn’s story … and have been slowly crushed by the suspense ever since.

Thankfully, Star Wars isn’t the only space opera in the game. Science fiction is full of adventures set in space, focused on intergalactic combat, dramatic twists, and gallant romance. Here are a few excellent stories to keep you occupied while you wait, no matter how impatiently. 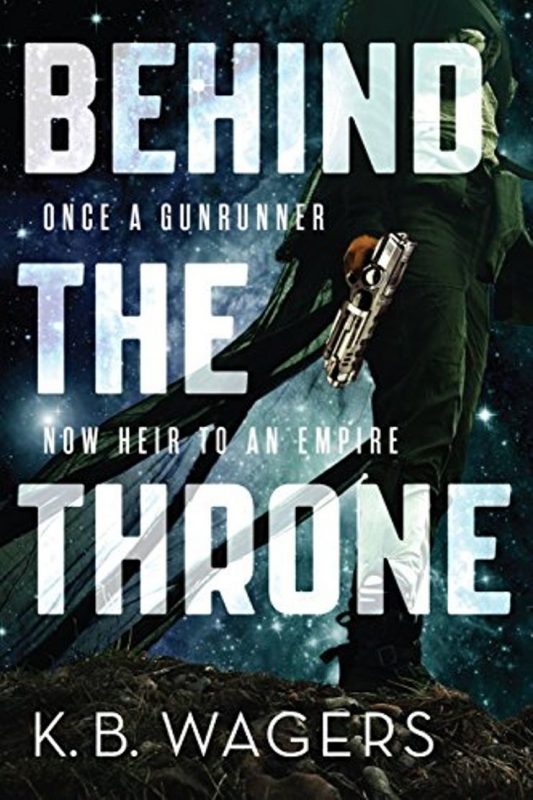 An undeniable aspect of Star Wars’ appeal is its pervasive theme of destiny, and one book that replicates that sense of inevitability is K.B. Wagers’ debut, Behind the Throne.

Gunrunner and former princess Hail Bristol is dragged back into the political hierarchy of the Indranan Empire when she becomes the last surviving heir of the empress. Unfortunately, Hail discovers that palace life is almost as dangerous as smuggling: along with the crown that once belonged to her elder sister, Hail has also inherited other royal woes–including assassination attempts.

Hail’s narrative voice reads as if Princess Leia had Han Solo’s job, and her story’s got all the action of The Force Awakens with the addition of believable court politics and realistic complaints about the princess life. 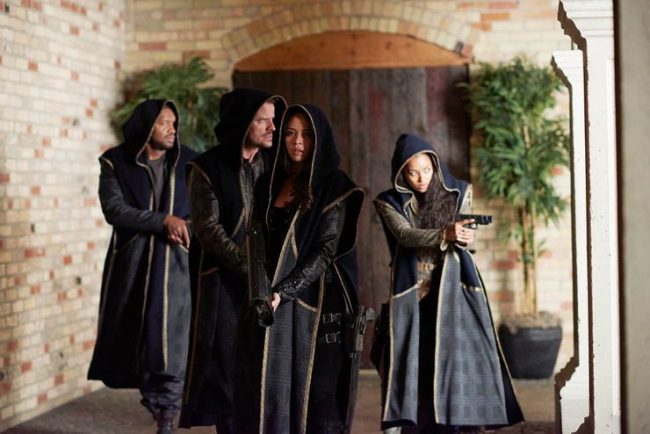 If spaceships are the real draw for you, SyFy’s Dark Matter should be the next binge-watch in your immediate future. The series follows a motley crew that awakens on a spaceship with no memory of how they got there. As it turns out, they’re five of the most notorious mercenaries in the universe—and one of them is a traitor.

Dark Matter will definitely satisfy those who loved the grungy underbelly, Mos Eisley-esque aspect of Star Wars. As the heroes and heroines explore their missing memories, their discoveries take them on a gritty adventure through the crime-ridden corners of space. From crime bosses and displeased former clients to powerful galactic authorities, some of the most entertaining aspects of Star Wars also show up in Dark Matter, which is an especially fun watch for Han Solo fans.

Viewers seeking more of a classic hero story may find a fantastic fit in the CGI anime film Harlock: Space Pirate. In a future where humanity has left Earth to colonize the stars, a young man named Logan goes undercover to infiltrate a ship captained by the infamous Harlock. Harlock threatens the peace and stability created by the Gaia Coalition, which protects Earth as humanity’s home planet.

With large-scale, science-fantasy action scenes and twists to appeal to anyone’s dark side, Harlock is definitely a movie to add to your watch list. 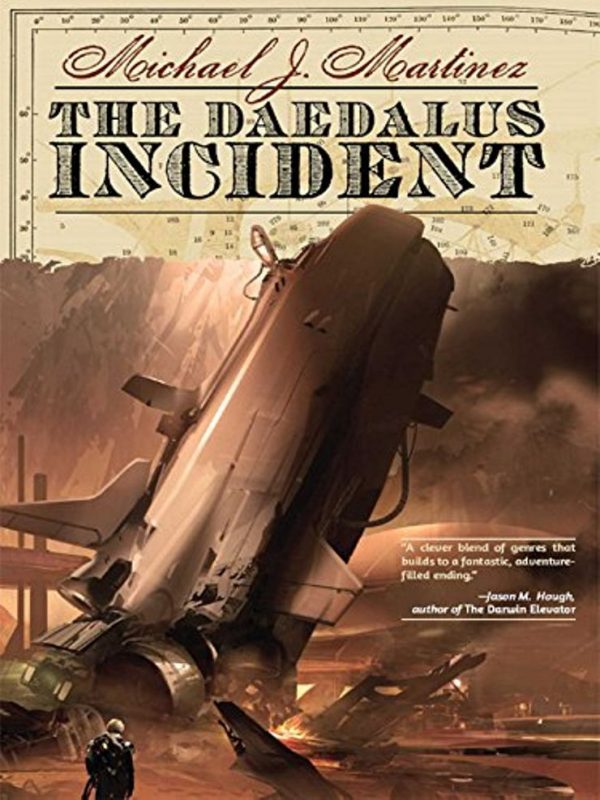 A strange rift on Mars makes the division between the two eras and timelines unstable at best, and between the two lieutenants, the source of that rift must be discovered before it breaks down entirely.

The Daedalus Incident is a fun romp throughout alternate history, and while its “ships in space” aren’t exactly of the Star Wars variety, the kind of adventure Jain and Weatherby experience might be exactly what you need to fill your time between film releases. 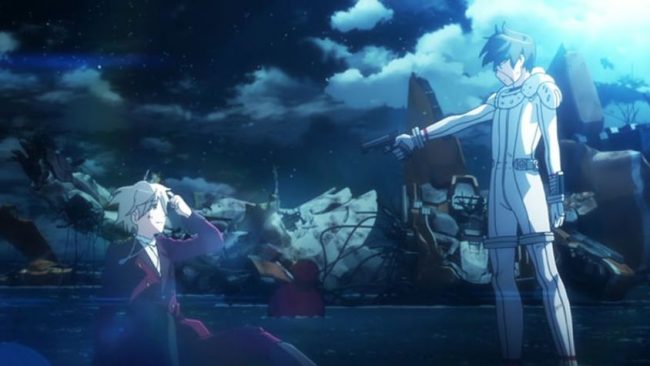 If the appeal of Star Wars for you lies in watching a hero battle a corrupted empire, the 2014 anime Aldnoah.Zero should go straight into your streaming list.

In an alternate universe, humanity has been on Mars for nearly 50 years, developing the Vers Empire separately from the governments of Earth. But the Versians see the Earth as their true home and return to reclaim it. Aldnoah.Zero presents the story of a hero from each side of the war: Slaine, an Earth-born teen living in the Vers Empire, and Inaho, a prodigious teenage strategist in the Japanese military.

Like Star Wars, Aldnoah.Zero pits a teen and his equally young and inexperienced friends against an impossibly daunting empire. But, as with Star Wars, the series shows that the true strength of humanity lies in its persistence and in the power people find in unity. 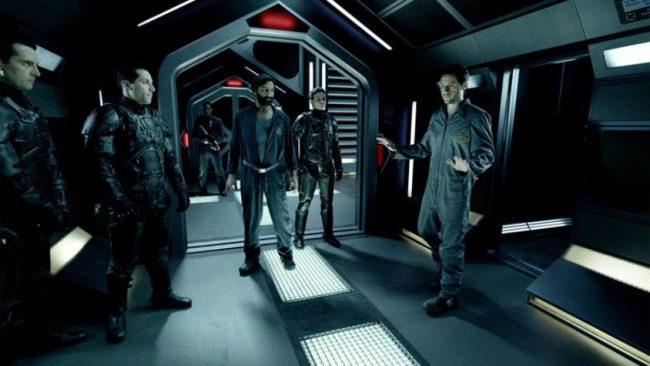 No epic space opera list would be complete without The Expanse, which tells the story of United Nations official Christen Avasarala; police detective Joe Miller; and ship officer Jim Holden. The three set out to investigate a threat to humanity’s survival, and eventually discover a conspiracy more threatening than they’d feared.

While much of The Expanse is more suspense-driven than Star Wars is, the action definitely won’t disappoint — and if you need more space operas to keep you occupied between seasons, you can also check out the original book series.

RELATED: Space Adventures to Keep You Going Until The Expanse Returns

Feliza Casano writes about science fiction, manga, and other geeky media. She runs two sci-fi book clubs in her current city of Philadelphia. You can find her on Facebook & follow her on Twitter @FelizaCasano.