A Town in Spain Hired a Poo Detective | The Mary Sue 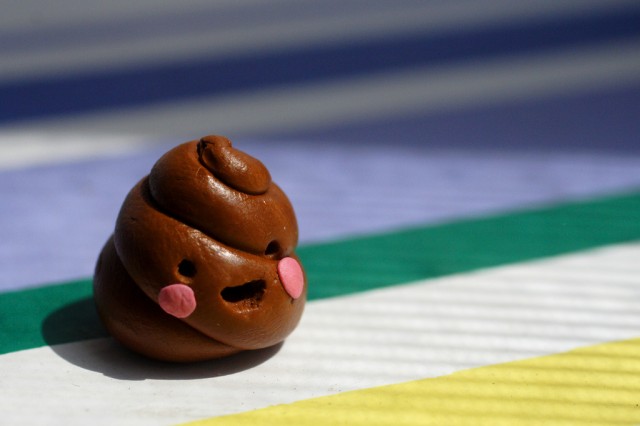 We’ve all, at one time or another, stepped in a pile of someone else’s pet poop and thought, “Man, if only I could find the person responsible for this and make them pay.” Well, a town in Spain finally made that a reality by hiring a poo detective to seek out and find these dastardly poo-petrators.

Colmenar Viejo, a town north of Madrid, is tired of its citizens just leaving poo lying around and the health concerns that go along with it, so they’ve hired someone to do their dirty work for them and spy on the most trafficked dumping zones. When Inspector Poo-seau catches his  Pink Panthers, they’ll be fined up to 150 euros (about $200).

They’re giving citizens a little head start on the poo spy by sending actors dressed as detectives out to inform citizens of the new policy, so theater students, it’s time for some résumé building! How exactly does one dress up like a poo spy, anyway? What does a person who spends all day filming other people’s pets pooping look like?

That’s what the detective is going to do to catch people, too, though it’s currently unknown exactly what kind of covert surveillance methods Ace Ventura: Poo Detective is planning to use.

Colmenar Viejo will then use their very own Encyclopedia Brown’s footage of a bunch of animals pooping in police proceedings, but the mayor stressed that most people are responsible pet owners, saying:

Most dog owners are responsible people who do not let their pets defecate in inappropriate places and pick up the excrement immediately. But unfortunately there is a minority that lacks consideration for others and leaves a trace of its incivility in streets, pavements and even the entries to schools or children’s playgrounds.

Wow, traces of their incivility? I don’t think I’ve ever heard someone make such an eloquent poo metaphor, which is probably because we’re all too busy coming up with what we’d call our own poo detectives. Oh! C. Auguste Dumpin! (We’re full-grown adults, I swear.)

(via Phys.org, image via Robyn Lee)