We can't imagine how psyched he was to land this gig. 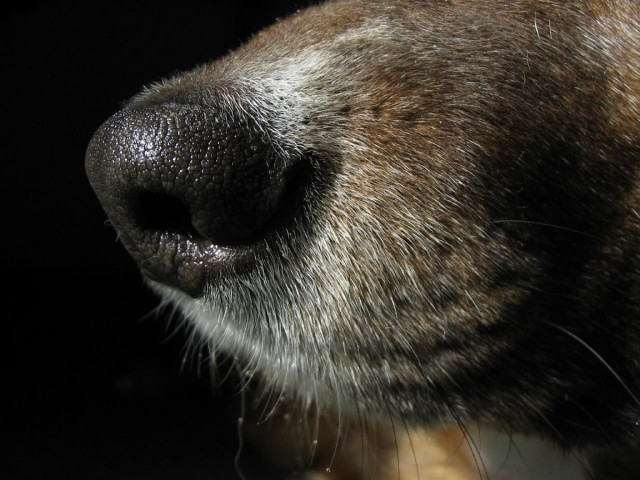 Tucker is a poo-sniffing-canine-biology-detective, which sounds like the title of a new Nickelodeon TV Series — although they’d probably drop “poo sniffing” from the title (I mean, he’s a dog. We get it). In real life, though, Tucker really does sniff out the poo of other animals for science instead of standard dog reasons.

Tucker’s current assignment is to help a group of biologists in Washington state find poo samples, or “fecals,” from an endangered group of local orcas. He can steer the scientists to these samples from as far as a nautical mile away and long after the whales have passed, which is impressive even by dog standards.

We can assume that, for Tucker, finding the poo is its own reward. Plus they give him treats and toys when he does a good job, because dogs are the best.

The biologists, on the other hand, need the samples to do important things like figure out what’s harming endangered populations and save them from destruction. It’s a lot like the sick Triceratops in Jurassic Park — They’re going to need to see the droppings.

Aside from the orcas, Tucker helps investigate several other species, because the world should not be deprived of his poo seeking prowess. For the full account of his adorable, scientific, and only mildly gross adventures, check out the full story over on The Verge.

(via The Verge, image via piblet)