That's a whooooole lot of lures. 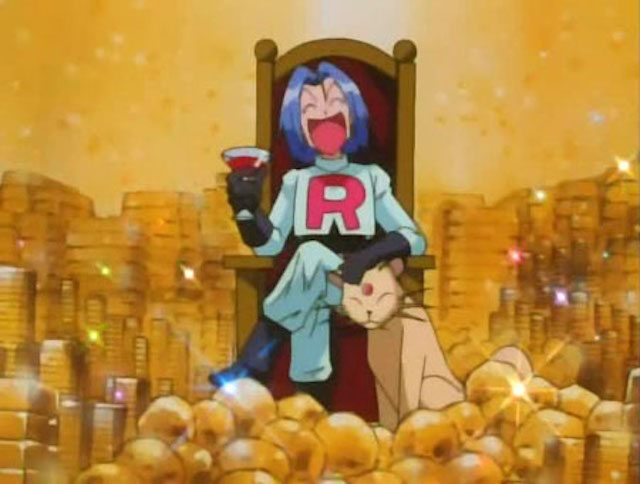 We measure how worthwhile apps are by a lot of metrics—money made, total users, and engagement, to name a few—and Pokémon GO is pretty much killing it at all of them despite the resounding negative reaction to the game’s latest update. In fact, though it’s not even out in many areas of the world, the game has already made $160 million dollars and remains more demanding of its users’ attention than Facebook.

In the absence of data from GO developer Niantic or Apple and Google, those stats come from app marketing firm Sensor Tower. To put the dollar amount in perspective, a standard, $60 console/PC game would have to sell more than 2.6 million copies to make that much money. That’s not going to put it over the monetary draw some of the highest-selling games of all time, but it’s certainly a success, and it’s also about 5.3 million per day since launch on July 6. That’s even more than previous estimates from when the game was out in fewer territories, and it’s lower than current estimates that peg current daily earnings at around $10 million.

So, it’s made a pile of money, and that pile is likely going to grow larger at an accelerated rate as the global rollout continues. It’s also crossed 100 million downloads, which is a huge achievement in just a month, and the time users spend with it every day on average is more than the Facebook app, even in the week of the reviled update. However, there hasn’t really been enough time since the update (or in the game’s life in total) to really test users’ lasting commitment to catching them all.

User numbers and revenue are nearly guaranteed to continue to rise as the game expands worldwide, but once that’s all said and done, improvements for its more flawed areas will likely be needed to ensure things keep going in a positive direction for Niantic. They’re currently sitting on a goldmine, and how they handle things over the next few weeks will have a big impact on whether the initial level of success is sustainable over time.

(via Zam, image via The Pokémon Company)