Pokémon GO Restores a Sense of Discovery and the Unknown, and Players Are Demanding Refunds for Broken Tracking 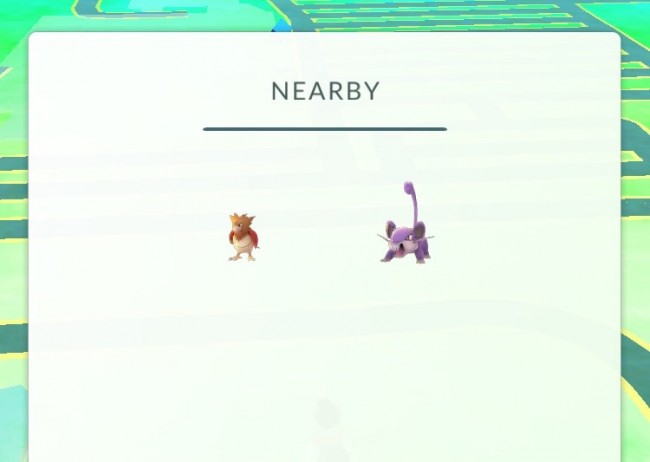 How long will Pokémon GO last? That question has been asked pretty much since the very beginning of the game’s meteoric rise, and we still have no idea when it’ll be answered, but the game certainly has undergone some rapid evolution in terms of public opinion, ranging from overwhelming love to mocking. Most recently, an update removed the game’s tracking feature while 3rd party Pokémon tracking sites got shut down, and some players are so upset that they’re asking for refunds.

And I don’t understand that. Intellectually, I get that the goal of this refund drive, orchestrated on reddit, follows the “vote with your dollars” mantra and is meant as a way to show GO developer Niantic that fans aren’t happy with the lack of functional Pokémon tracking. Maybe it’ll even lead to some positive change, which would be nice. I get the wish (albeit a selfish one) that Niantic would hold off on rolling out to more territories until the game’s features are restored—tracking worked just fine when the game came out—though I’m also reluctant to assume that I understand the inner workings of Niantic and this game’s development well enough to criticize how they’re doing their job.

What puts a bad taste in my mouth is the way this backlash is directly caused by the shutting down of 3rd party services that were enabling players to completely cheat and ruin the game for anyone enjoying it as it was meant to be played.

Here’s the reality: In-game tracking has been broken since shortly after the game’s launch (a few weeks ago), and it’s been a little frustrating, but ultimately, it didn’t affect the game too much. You could still see a Pokémon on your “nearby” list, make a quick sweep of your general area on foot, and reasonably hope to find and catch it. You might not have been able to play a game of hot/cold to pinpoint a creature’s location, but you still stood a solid chance of finding it if you got up and walked around like the game’s creators wanted you to do. Though that’s limited, anyone who wasn’t cheating has been playing the game that way and enjoying it for weeks, though they’ve probably met frustration at gyms guarded by insanely powerful Dragonites owned by players who used 3rd party maps to track down the best monsters in record time.

Even though the recent update removed the “footprints” beneath the Pokémon—denoting their approximated distance from the player—those footprints haven’t been functional for weeks anyway. Tracking wasn’t removed over the weekend; its non-functional visual cue was removed. Effectively, nothing about in-game tracking changed. The only thing that changed was whether Niantic would let players continue to cheat with mapping services. If those services had been limited to replacing the functionality of in-game tracking that had been lost, players’ outrage would make sense. However, the maps let people check for Pokémon anywhere—not just in their current vicinity like the game’s own tracking—which allowed them to find any creatures they wanted and make a bee line straight for them instead of going out and checking different areas manually.

These maps removed the game’s sense of exploration and discovery almost entirely, and that’s a huge loss in an era when we have all the information we could possibly want about the real world at our fingertips. Until the cheating began, Pokémon GO brought back an age when you’d hear game tips and secrets passed down from person to person instead of just reading it all on the Internet. There was a reason to say, “OK, today let’s try this park (or part of town or wherever) and see what Pokémon are there. If it’s a bust, we’ll go somewhere else. Then tomorrow, I want to go somewhere else and see what we find. Oh, and a friend told me they found lots of Dratinis in this place, so we should check there, too.” The maps made all of that pointless, reducing the word-of-mouth wisdom to “use PokéVision.”

In the real world, we don’t wonder things anymore; we Google them, and to be clear: I’m not complaining. I love technology and how useful it is in everyday life. I love not having to get into pointless arguments over things I can just Google. I love looking up restaurants and activities on maps and reading reviews and menus before I go. I know that a tracking method was originally included in Pokémon GO, and it no longer works, but it wasn’t in any way comparable to the 3rd party services that were being used, and it’s not like the game gives you no indication of what Pokémon are around. For instance, I found a park full of Scythers yesterday, and I could theoretically spread that knowledge to friends without completely removing the game’s mystery. The lack of pinpoint tracking didn’t hurt my ability to identify a good area to find a Pokémon at all. Pokémon GO very deliberately makes the world new and unknown again, and removing that with 3rd party mapping services is stomping on its very core.

I’m sure the players who were using such services would disagree, and that’s fine. I may think they’re losing out on what makes the game worth playing over its main series counterparts, but they clearly have a different idea of fun than I do, and that’s OK. What truly makes the cheating reprehensible is that the game pits players’ Pokémon against each other at gyms, which means their cheating isn’t just affecting their own experience of the game. It’s affecting everyone and taking fun away from people who want to play the game as intended. Players who don’t want the mystery and the exploration are free to have that opinion, but I support Niantic for trying to back up the players who do enjoy that part of the game by trying to stop the cheating. Everyone’s entitled to their own idea of fun, just as Niantic is entitled to decide which idea of fun their game caters to. It could turn out that most players are upset and will demand refunds or stop playing—in which case they’ll eventually either get their way, or the game will fail—but they’re likely to find that their protest doesn’t have much of an effect.

It’s also worth noting that in-game Pokémon tracking was probably contributing to Niantic’s server load, which led the company to disable it in the first place before its visual cue was removed in the recent update, and those 3rd party map services were ripping data directly from Niantic’s servers for up to 27 million unique users over just a few days, just on one site. It’s only reasonable for Niantic not to want that extra load on their servers, and maybe getting rid of those sites is part of clearing the way for the return of tracking—but that’s just speculation, since Niantic has been so quiet. (Even just a little more communication with players about these decisions might go a long way to smoothing things over. To that end, we’ve reached out to Niantic for comment and will update when we get a response. UPDATE: Niantic didn’t respond to our request for comment, but they have released a statement on the issue.)

Anyway, I don’t begrudge anyone a refund for their in-app purchases if that person is truly unhappy with the game and has decided not to play it anymore as a result. It’s just unlikely that the majority of players who are angry or demanding refunds are going to stop playing the game and not use the items they bought, and in all likelihood, some form of in-game tracking—beyond just the “nearby” list—will be restored before too long. However, the specific refund policy being used, at least on the iOS App Store, is for when an app or purchased item doesn’t function as expected. One more time: The function of the app, in terms of tracking, hasn’t changed in weeks. What’s upsetting to some players is that they’re not being allowed to cheat anymore.