Diving into a giant pool of pokémon is probably a lot safer than diving into gold. 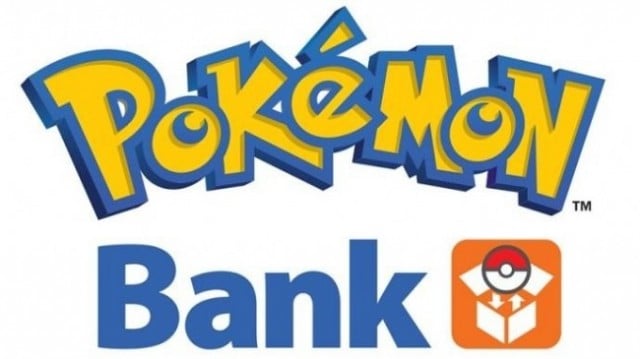 If you’ve been waiting patiently for the release of Pokémon Bank since the North American and European release were first delayed past their original December 27th date, then you might be in luck. Apparently the 3DS software has just been made available in Europe, as well as Australia and New Zealand.

For the uninitiated, Pokémon Bank is a program that allows users to store up to 3,000 pokémon from X or Y, which is 100 boxes worth of critters (the game itself only lets you have up to 31 boxes). I’d like to remind you all, by the way, that pokémon are supposed to be living, breathing creatures, and you can pack 3,000 of them away into little boxes for all of eternity. Just mull over that for a brief moment before moving on.

After both the Bank and Poké Teleporter app (the later allows you to transfer Pokémon from some older games like Black and White in a one-way only process) nearly crashed Nintendo Japan’s servers a few days into their release on December 25th, the executive decision was made to remove the apps from the Nintendo 3DS eShop and delay their launch in other markets.

Hardcore European and Australian Pokémon hoarders are in luck, though, because they’re now able to try the 3DS apps for free until March 14th, and they’ll even get a rare Celebi pokémon for their troubles. After that 30 day period, the app costs £4.49/€4.99/$4.99 for a year’s subscription.

“But Geekosystem,” you’re probably saying. “We don’t care about Europe here in North America! When are we going to get to deny our scores of pokémon the right to a cramped and uncomfortable living space beset by literal thousands.” Well, slow your roll, Scrooge McPokéDuck. Europe is a smaller market than both Japan and North America, so they’re clearly starting there to test their server strength. If everything checks out, you can bet the apps will be swinging this way soon.

Plus, €4.99 is actually more like $6.74 USD, so if the prices stay the same, you’ll be paying less than those Socialism-loving communists, or whatever we’re mad at Europe for being right now. America!

And if you’re worried about the living conditions of pokémon, our friends at Movoto looked into the situation.

(via Polygon and Eurogamer)