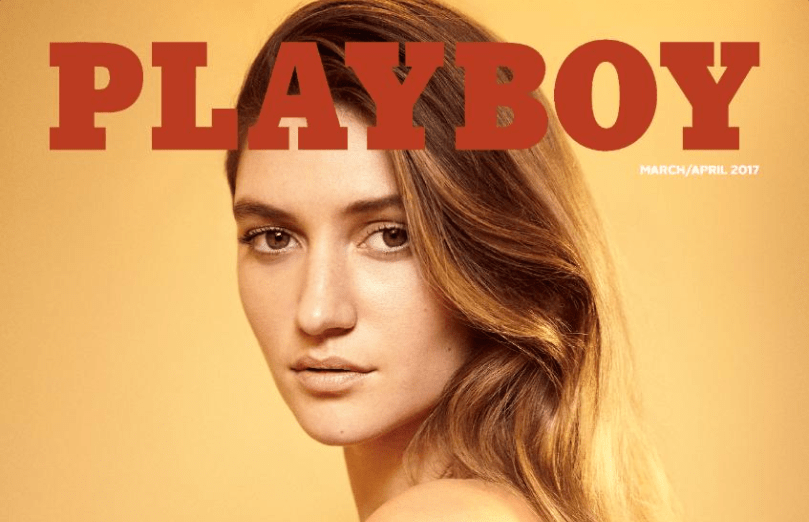 Over the last few years, Playboy has been working to rebrand itself as progressive, self-aware, and proudly feminist. They’ve developed a great sense of humor, taken on issues like catcalling, and then, in 2015, made the decision to remove nudity from the magazine. (They had already removed naked pictures from their website.)

That change apparently didn’t stick, though, and this week, Cooper Hefner–son of Hugh and current Playboy Chief Creative Officer–announced that nudity would be returning to the magazine. The news came in the form of an inspirational-quote-style meme on Twitter.

Playboy also tweeted out their March cover after a week of sharing a range of SFW pictures from Goya and Picasso to Phoebe Cates and Marilyn Monroe, all with the hashtag #NakedIsNormal. And, indeed, that’s the theme of that new issue.

Taken at face (or, ahem… other parts) value, this is an awesome sentiment. It’s encouraging to see Hef the Younger declare “nudity was never the problem because nudity isn’t a problem,” and to instead focus on how to keep that nudity in line with not just their new feminist branding, but the original goal of the magazine to “promote a healthy conversation about sex while also encouraging dialogue on social, philosophical and religious opinions.”

That is a bold, wide net of a goal. And while we can respect that mission, it would most likely be unwise for us to put all our feminist eggs in Playboy’s basket. It can be difficult to congratulate an outlet for taking such a cool, big step, without immediately moving on to all they’re not doing. But we shouldn’t have to hold our criticism. Because, yes, naked IS normal, and it’s a strong position for an iconic men’s magazine to make the choice to actively explore different forms of sexuality, over just the unnaturally positioned, hyper-Photoshopped objectification stereotype so many of us picture when we think of these magazines, or pornography in general.

But none of that means we have to ignore the issues I’m sure many of us still immediately see when we look at that cover. Naked is normal, but for outlets like this, the standard is for only a certain type of naked body to be celebrated. We can love the softer, more natural look of this cover and still be aware that it looks like an American Apparel ad with a very limited aesthetic of what beauty means. Naked is normal, but you know what else is normal, Playboy? Women of all sizes, races, and degrees of able-bodiedness, to start.

Looking at the articles listed on the cover, the first listed is a piece on Free the Nipple, written by Cooper Hefner’s fiancée. Without having read the article (so we’re reserving a lot of judgement here), we can still be cautiously reserved in praise for what it means for a magazine like Playboy to embrace this issue. The #FreetheNipple movement is about women claiming agency and ownership of their own bodies, and that looks different for every woman, so we can’t say that sexuality isn’t a valid part of that.

However, the underlying core (and original intent) of the movement is that it is distinctly not sexual in nature. It’s about exposing the hypocrisy in having sexuality forced on women’s bodies in a way that doesn’t exist for men. At their best, Playboy seems to be trying to move their audience away from consuming content that exploits sexuality to content that celebrates it. But their audience is still looking at the women in these pages as sexual beings. I’m not criticizing that–that’s the entire point of these magazines and Playboy really does seem to be working hard to bring a solid helping of emotional health to the way they celebrate sex. But it’s hard to see a movement like Free the Nipple, that strives to confront the inequality in the sexualization of bodies, be taken up by an outlet explicitly dedicated to selling women’s sexualized bodies.

Overall, it’s very cool that the young Hef is so committed to keeping that original dream of healthy conversations about sex alive, and that Playboy is actively trying to stay relevant and progressive. But there is a big sex-positive gray area between unconditional praise and total killjoy, and there’s absolutely nothing wrong with praising the good in something while still calling it out for wanting to be a whole lot better. And Playboy seems like it has the potential to be better.