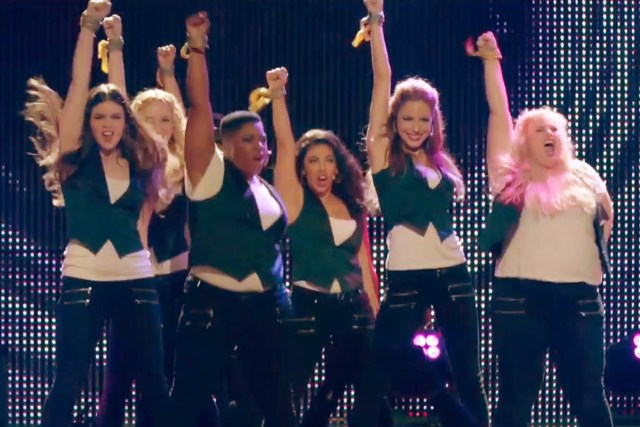 In more good news for people who are open to the idea that movies starring and aimed at women can not only be profitable but also blockbusters—AKA those of us in touch with reality—Pitch Perfect 2 beat Mad Max: Fury Road at the North American box office. By a lot.

While Fury Road (our review here) pulled in just $44.4 million on its opening weekend compared to its $150 million budget, the Pitch Perfect sequel (review here) raked in $70.3 (even blowing away its total domestic take on the first film of $65,001,093) on a much more modest $29 million budget—easily a safer bet for the studio, it would seem. Worldwide, Fury Road won out, bringing their global totals extremely close with Pitch Perfect 2 at $108.4 million to the George Miller movie’s $109.4 million.

But let’s not all suddenly forget that Fury Road is basically starring Charlize Theron with a little bit of Tom Hardy to keep the franchise connected. Either movie doing well is a win for women.

Domestically, Fury Road‘s audience was overwhelmingly male according to The Hollywood Reporter (though no specific number was given), while Pitch Perfect 2‘s was around 75% female—in case you still weren’t convinced that the old “market to the dudes” strategy is irrelevant. The musical movie also marked the highest-grossing-ever opening for a first-time director, Elizabeth Banks. You know, if anyone in the movie business wasn’t so sure about hiring more women to direct. They might want to change their tune.