I just want an internal-conflict-free acapella movie for once. 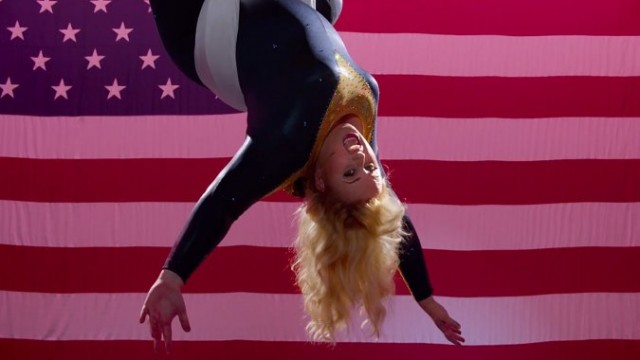 It’s easier to turn off the critical part of your brain and give yourself permission to enjoy a movie despite its problematic elements when you’re not going in with the intent to review it, so there’s a fair chance you’re going to like Pitch Perfect 2 more than I did. That being said, everyone’s tolerance for humor that satirizes (or in this case, possibly reinforces) stereotypes varies, so there’s also a chance that you’ll like it way less than I did. Mild spoilers to follow in the blocked-out text.

Pitch Perfect 2 did make me laugh a lot, and it also delivered everything I wanted, spectacle-wise, from a franchise about song-and-dance extravaganzas. PP2’s plot might be occasionally incoherent, but I honestly couldn’t give a fig about that; I wanted to watch attractive musical theater nerds sing ’90s jamz, and I got mine.

I got a little more than mine, too; like the original, PP2 focuses on women who are ambitious and unafraid of their talent to an extent that we don’t often see, even in similarly lady-centric films. It shows “Type A” women without condemning them as being shrewish or bitchy; the Bellas are bosses who get shit done, but they’re never reduced to just being “bossy.”

But as much as I laughed during PP2 and appreciated its messages about female bonding and self-fulfillment, I was also deeply conflicted by the movie’s depiction of marginalized groups. Bigots are often the butt of the joke (a running gag where Elizabeth Banks’ character grows increasingly uncomfortable with her elderly co-host’s sexist comments was particularly effective), but too often I felt like the humor came at the expense of people of color or the LGBTQ+ community rather than the joke-makers themselves.

PP2 obviously intends to satirize stereotypes rather than reinforce them, but it made me uncomfortable (and again, I think everyone’s mileage will vary here) that a movie with such a diverse cast reduces its characters to caricatures.

PP2 touches on some complicated issues to varying degrees of success, but it’s bigger than Pitch Perfect in every way: more extravagant, more important, and definitely more flawed. If you’ve seen it already, I’d love to know what you think.