New Species of Bees Exists Only to Invade Other Beehives 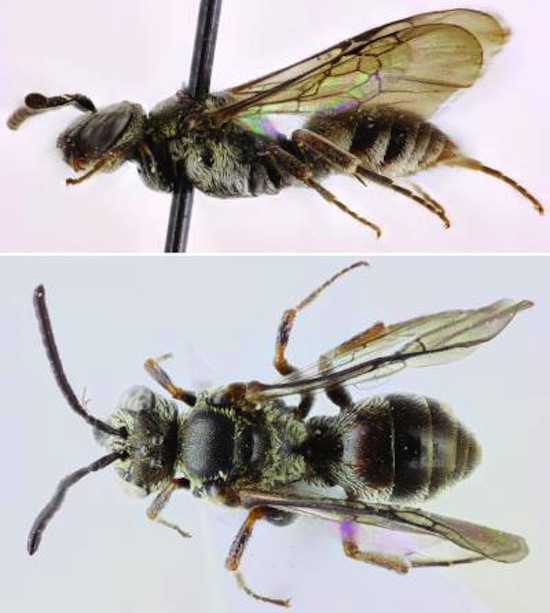 You know what’s scarier than bees? Pirate bees! Scientists have discovered a new species of parasitic bees that survives by capturing hives made by other species. The “Cuckoo Bee” (named after the Cuckoo Bird, which also squats in other birds’ nests) lays its eggs in a foreign beehive so that their young can rise up and seize control for themselves.

Discovered by Dr. Jakub Straka of Charles University in Prague and Dr. Michael S. Engel of the University of Kansas, the Cuckoo Bee was found during an expedition to the Republic of Cape Verde, an island chain off the western coast of Africa. Cape Verde is still uncharted largely territory for scientists: Only ten scientific parties have explored any of country’s ten islands in the last 150 years. Scientists believe the area may be home to a wealth of undiscovered species including, it seems, insane pirate bees.

According to Straka and Engel’s report, the Cuckoo Bee infiltrates a nest, lays its eggs, and leaves. Cuckoo Bee eggs incubate and hatch more quickly than other species: When they hatch, newborn Cuckoo Bees immediately kill all of the host species’ young. Eventually, the invading force gains control of the hive and lives off its resources.

Physically, the Cuckoo bee kind of looks like the insect equivalent of zebra, sporting a black and white striped pattern. Also, did I forget to mention that they’re gigantic? Some specimens were 5 mm long, which is actually very large for a bee. Engel and Straka attribute the growth to “island gigantism” a phenomenon where an isolated strain of a species can grow at an extreme rate when isolated from the rest of its kind.

See, you guys? Overpopulation is a problem for everybody.