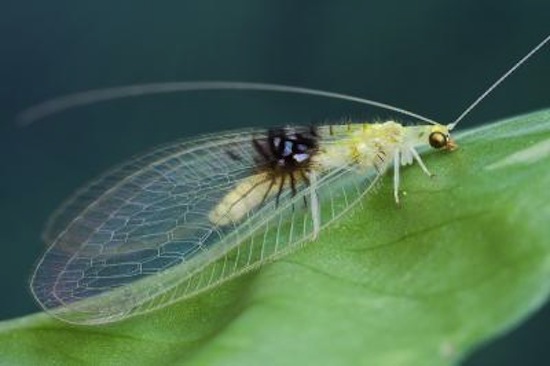 The Semachrysa jade, a type of lacewing indigenous to the jungles of Malaysia, was only recently confirmed to be an entirely new species. The story of how scientists came to find the insect, first published in the newest issue of academic journal Zookeys last month, explains that the little bug wasn’t actually discovered in the wild — but on the Internet.

California entomologist Shaun Winterton first realized that it was a new species of lacewing while looking at photos of bugs on Flickr in May of 2011. Once he decided it actually was a new species, he contacted the photographer who had inadvertently found it, Guek Hock Ping, to explain the significance of the photos only to find that Guek didn’t have the bug on hand. While excited, Winterton expressed concern because, without a specimen, they would never be able to prove their discovery.

This past January, Guek hadn’t forgotten the conversation. He returned to the area of the jungle where he first discovered the insect, found another one, and managed to catch it. Guek then contacted Winterton and handed the specimen over to Steve Brooks, another entomologist at the London Natural History Museum. The three men have now been credited with discovering a brand new species.

The name, Semachrysa jade, doesn’t refer to any of the bugs physical characteristics; Jade is the name of Winterton’s daughter and the first is always the genus. One wonders how she felt about being a bug’s namesake. Honored, I’m sure.