Do we even have to mention that they were found in Australia, or is that just a given? 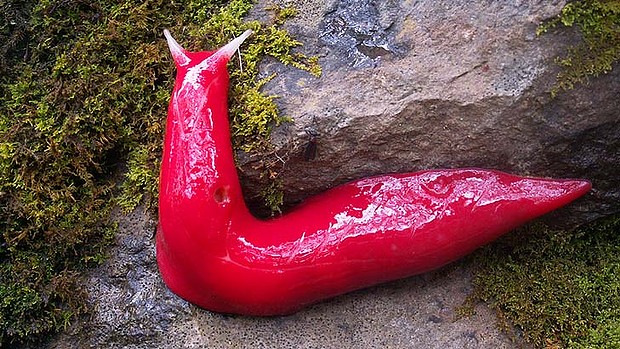 Save for the creatures in the furthest depths of the ocean and a couple of Amazonian insect species, Australia pretty much has the market cornered on incredibly weird animals. Hell, their national symbol, the kangaroo, is basically a giant distended bunny rabbit with a built-in fanny pack and a penchant for punching people in the head. It shouldn’t come as any surprise, then, that when rangers with the National Parks and Wildlife Services in Australia started to explore the Mount Kaputar region of New South Wales, they found a few new species that are just straight up unsettling, including cannibalistic snails and enormous pink slugs.

Pictured above, Triboniophorus aff. graeffei (AKA: giant freaking slug) measures in at about 7.8 inches or 20 cm, making it a little bit longer than the width of an average person’s head. It’s also an unwieldy shade of fuchsia, to the point where it might be mistaken for a chunky headband if it were found on the floor of a Claire’s. That is, you know, if  headbands were alive and covered in mucus.

If that’s not crazy enough for you, the slug shares the mountaintop with three kinds of cannibal slugs, below, who prey on smaller vegetarian slug species by tracking their slime trails. “They’re voracious little fellas,” says ranger Michael Murphy, which makes them sound almost delightful instead of abjectly disturbing. 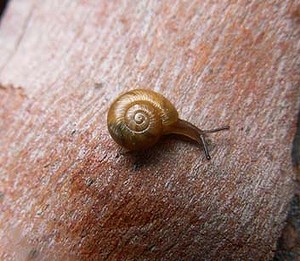 Now that I’m thinking about it — oh lord, why am I thinking about it — how does this slug even eat? Does it have some giant teeth hidden away that we don’t know about? Does it slurp the other slug right out of its shell with a terrible sucking noise? Isn’t it only a matter of time before this one gets bored of its own kind and starts to develop a distinct taste for mammal flesh?

Fortunately for humankind, however, both the slug and snails are incredibly sensitive to changes in temperature and air humidity, and they can only survive comfortably on Mount Kaputar, so they probably won’t be slouching towards civilization any time. Still, we might want to salt the perimeter of their habitat, just to be safe.

(via Treehugger, images via National Parks and Wildlife Services)