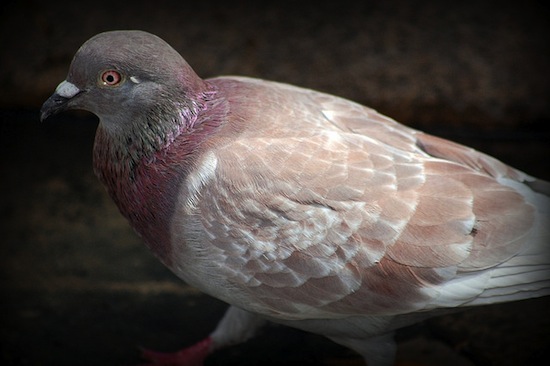 British intelligence is seeking public assistance in cracking a coded message found on the leg of a dead World War II carrier pigeon. The agency GCHQ has been working on deciphering the message for the past few weeks, but they believe the code could be impossible to break without additional information. They’re hoping they can get said information from the public, which is why we’re now hearing about it. We’d like to help, but we’re still having trouble figuring out GCHQ.

The U.K. Government Communication Headquarters (GCHQ) was given the remains of a dead carrier pigeon found by Surrey resident David Martin, who discovered the bird’s remains in a chimney during a renovation. The message has “Pigeon Service” and 27 blocks of code on a small piece of paper. The historian for the GCHQ, who only gave his first name Tony, because that’s the sort of thing you do when you work for the GCHQ, said:

We didn’t really hold out any hopes we would be able to read the message because the sort of codes that were constructed to be used during operations were designed only to be able to to be read by the senders and the recipients.

That makes sense, but isn’t that how all codes work? It’s not a very good code if everyone can read it. He went on to say:

Unless you get rather more idea than we have of who actually sent this message and who it was sent to we are not going to find out what the underlying code being used was.

The agency hopes that the additional information could come from a member of the public, so they’re asking for suggestions as to how the code may be deciphered. The GCHQ is hoping that perhaps someone who worked in British intelligence during World War II and is still alive could provide some answers, but they also imagine that the code may never be cracked.

The coded message is intriguing, but we’d like to see an investigation into how the pigeon wound up in the chimney. We suspect fowl play.

(via BBC News, image via Fergal of Claddagh)