The Number of Physics Students Has Increased Since The Big Bang Theory — How Many Are Girls? 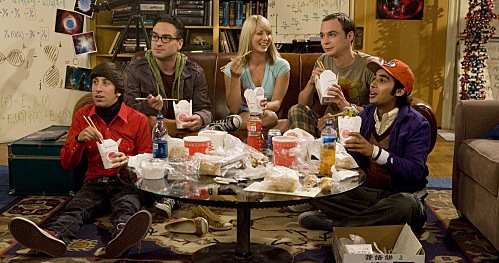 So, this is great news for science! Some experts think that a recent uptick in UK students signing up to study physics is due to a positive influence by geek-friendly sitcom, The Big Bang Theory. But while it’s great to see kids expressing an interest in studying physics in school, what is the percentage of girls signing up? And if there are less girls signing up than boys, is it because the show was so late in bringing good intellectual female characters into the geeky mix?

This is only a theory so far, with some saying that changes in education that promote science are probably more responsible for the increase than the ABC show (as well as recent documentaries by physicist Brian Cox). But here are some statistics about the numbers of students who are now curious about the real Big Bang Theory, and as it turns out, the increase in the number of girls is about the same as that of the boys:

That’s great! Only a 3.6 difference in the percentages, proving that girls are equally influenced by the geek physicists as the boys. But could there be even more if there was a great female character on The Big Bang Theory, if that theory is true? Maybe to fill in that still-substantial gap in the current total of students?

True, the show started out with a recurring female physicist (Sara Gilbert‘s Leslie Winkle), but after she was made a regular character, she fell by the wayside and the sole female regular was still just the non-geeky, non-intellectual Penny (Kaley Cuoco). Probably because Leslie was, if we’re being honest, kind of horrible as a person. Both Mayim Bialik‘s and Melissa Rauch‘s characters (Amy Fowler and Bernadette Rostenkowski, respectively, also both Ph.D.s) are greatly likeable, but had to be recurring before becoming regular.

With that said, maybe next we’ll find out about more girls signing up for anthropology because of Bones. Because if we’re talking about geeky intellectuals to be inspired by, I cant’t think of a better role model than the amazing Dr. Temperance Brennan.