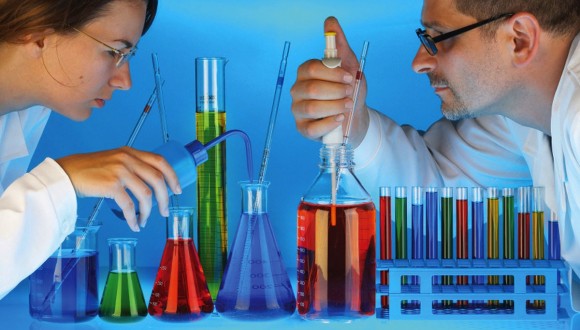 Why are their fewer females in physics than biology? Turns out the answer changes depending on whether you ask men or women. A team led by sociologist Elaine Ecklund polled 3,455 scientists on why they think the gender gap in physics is so much larger than in biology, and while women were more likely to cite discrimination, men’s explanation tended more toward “women just suck at math.”

Said one male respondent, a physics graduate student, “Physics is more difficult for girls and you need a lot of thinking, and the calculation, and the logic. So that’s maybe hard for girls.”

Yes. We ladies just aren’t good with the logic! We’re always so unreasonable, with our tendency to behave irrationally and turn into raving she-beasts, especially around that time of the month, ifyouknowwhatI’msaying. Pass me my Midol!

And compare a male biology professor’s explanation that “On balance [women are] just less interested in math” to the response of a female physics grad student, who noted how a friend of hers “was always told, ‘Oh, you’re not good at math,’ until she found herself getting As in a multivariable calculus class. You know, she was scared of math all through high school.”

The division was by no means clear-cut between the sexes; some men did cite discrimination as a factor, and some females pointed to innate factors as part of the reason why more females go into biology, though the “innate factor” in question is a desire to connect emotionally to their work, not a lack of mad math skillz. Said one female postdoctoral fellow in biology, “I think women … want to have more of a sense that what they are doing is helping somebody. … Maybe there are more women in … biology [because] you can be like ‘Oh, I am going to go cure cancer.'”

According to Ecklund, the fact “that few men in either discipline emphasized the present discrimination that women in science may face (and that men in physics hold a much larger share of senior faculty positions) suggests that discrimination is not being adequately addressed in physics departments at top research universities.” Hopefully this study will serve as the wake up call that physics departments need to acknowledge that they have in fact been ignoring what is a very real problem.

Though the fact that so many men apparently still think the puny female mind (note the sarcasm, please) just isn’t equipped to handle higher math is pretty discouraging. Can it be required that every K-12 math classroom have a sign in it saying “DISCLAIMER: Women Don’t Inherently Suck at Math! Just So You Know.” so we can clear this up once and for all? Seriously. There’s no excuse.