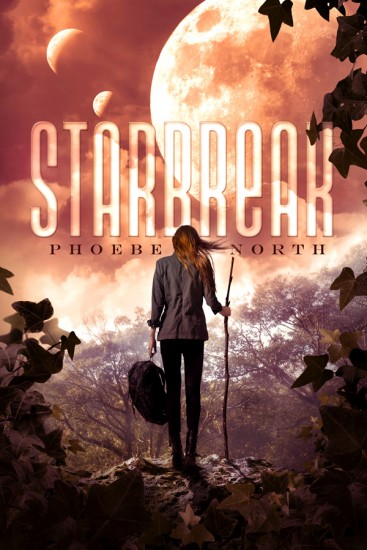 Looking for a new YA series to try out? One with a female protagonist, perhaps? And partially set in space? (You know how we love us some space.) We humbly submit for your consideration Phoebe North‘s Starglass duology, about a young girl who must triumph over years of grief and abuse to overcome tyranny and lead her people. If you need a bit of convincing, check out these stunning covers by designer Lucy Ruth Cummins for Starglass, in stores now, and Starbreak, which hits shelves on July 15th. More info on the series and the other cover are behind the jump. 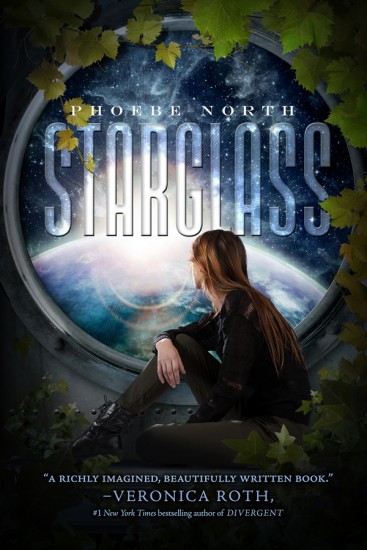 Terra has never known anything but life aboard the Asherah, a city-within-a-spaceship that left Earth five hundred years ago in search of refuge. At sixteen, working a job that doesn’t interest her, and living with a grieving father who only notices her when he’s yelling, Terra is sure that there has to be more to life than what she’s got.

But when she inadvertently witnesses the captain’s guard murdering an innocent man, Terra is suddenly thrust into the dark world beneath her ship’s idyllic surface. As she’s drawn into a secret rebellion determined to restore power to the people, Terra discovers that her choices may determine life or death for those she cares most about. With mere months to go before landing on the long-promised planet, Terra has to make the decision of a lifetime–one that will determine the fate of her people.

The Asherah has finally reached Zehava, the long-promised planet. There, Terra finds harsh conditions and a familiar foe—Aleksandra Wolff, leader of her ship’s rebel forces. Terra and Aleksandra first lock horns with each other . . . but soon realize they face a much more dangerous enemy in violent alien beasts—and alien hunters.

Then Terra finally discovers Vadix. The boy who has haunted her dreams may be their key to survival—but his own dark past has yet to be revealed. And when Aleksandra gets humanity expelled from the planet, it’s up to Terra, with Vadix by her side, to unite her people—and to forge an alliance with the alien hosts, who want nothing more than to see humanity gone forever.

And here’s a statement from North:

I’m so incredibly lucky to be able to share these covers for the paperback release of Starglass and the hardcover of Starbreak with you today. Designer Lucy Ruth Cummins, the genius behind Winger, The Cavendish Home for Boys and Girls, and the original hardcover of Starglass, has perfectly captured not only the setting but the tone of both of my books. In Starglass, Terra is hesitant, yet filled with longing for a life ahead. In Starbreak, without the walls of her ship to protect her, she moves bravely into an uncertain future—and a life much stranger than she’d ever imagined. These are pitch-perfect covers, and so very pretty, to boot. I hope readers love them as much as I do!