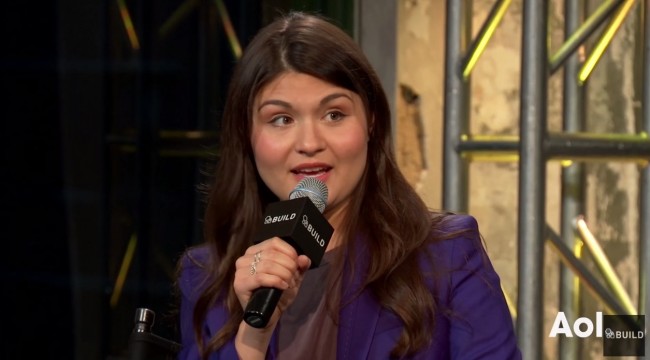 Phillipa Soo, AKA Eliza Schuyler has joined Disney’s upcoming animated film Moana. Directed by Ron Clements and John Musker, who are behind classics like The Little Mermaid, Aladdin, and The Princess and the Frog, Moana also has Lin-Manuel Miranda, Opetaia Foa’i (leader of music group Te Vaka), and Mark Mancina (composer responsible for songs on The Lion King and more) working on the soundtrack.

We’ve gotten a small sneak peek at the Polynesian princess played by Auli’i Cravalho and Dwayne “The Rock” Johnson’s character (a demigod named Maui), who team up on a mission to save Moana’s people. Entertainment Weekly reports that Soo will be playing a villager on Moana’s home island Motunui. If she beat-boxes for a rapping Moana, I will faint.

While it’s very sad Miranda is leaving his role as Alexander Hamilton next month, it’s exciting to hear he’ll still be working with Soo as he works on the music and rap for Moana. This will be Soo’s first voice acting role, and I’m really excited to hear her!

(via Vulture, Image via AOL Build)