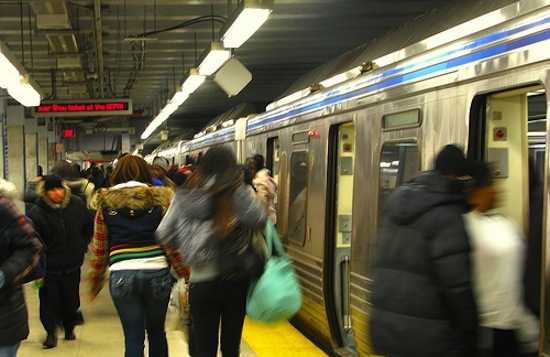 For those of you playing along at home, we can call it: The actual city of Philadelphia is officially just an episode of It’s Always Sunny in Philadelphia. That’s as of Monday, when a mother and daughter there tried to beat the system and avoid paying a train fare by getting two rides on one pass, a brilliant and unique act of daring thievery that ranks alongside classics like the Great Train Robbery. Their diabolical plan would have worked, too, if it weren’t for one fatal flaw: Both women managed to forget to bring the baby they had in a stroller with them, leaving the infant behind in the train station. You see, folks, this is why I’ve stopped taking infants on heists with me. They can really complicate a getaway.

How it didn’t work was this: Mom got on at the 60th Street SEPTA station with a one day pass, then handed it off to Grandma, who was going to walk down to the 56th Street station and get on the same train with the same one day pass! See? A foolproof plan! Except for one thing. We’ll let SEPTA spokesperson Heather Redfern explain:

“The grandma thought the mother was going to bring the baby through the gate for strollers and wheelchairs and the mom thought grandma was taking the baby back with her.”

And thus, we as a species mark the first time in history that leaving a baby in a train station marked a notable upgrade to the care that child received. Congratulations, Philadelphia. Never has a place so thoroughly lived up to the astonishingly low expectations the rest of the world had for it.

Okay, fine, one place. But you’re not in great company.