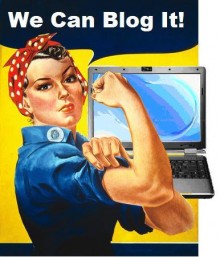 If you live in the city of Philadelphia and you operate a blog with display advertising of any sort — even if it’s a recreational Blogspot blog that earns $5 a year — the city government may want to have a word with you. According to a hard-hitting report from the Philadelphia City Paper, bloggers throughout the city are receiving letters demanding $300 business privilege license fees.

Regarding one blogger named Marilyn Bess, who occasionally writes articles for eHow.com:

In May, the city sent Bess a letter demanding that she pay $300, the price of a business privilege license.

“The real kick in the pants is that I don’t even have a full-time job, so for the city to tell me to pony up $300 for a business privilege license, pay wage tax, business privilege tax, net profits tax on a handful of money is outrageous,” Bess says.

Even though small-time bloggers aren’t exactly raking in the dough, the city requires privilege licenses for any business engaged in any “activity for profit,” says tax attorney Michael Mandale of Center City law firm Mandale Kaufmann. This applies “whether or not they earned a profit during the preceding year,” he adds.

The city also offers a somewhat less onerous yearly license for $50 a year, but even that seems unfair as applied to every small blog with display ads or even empty space for display ads, since the city thinks that counts as  the “potential for [a blog] to be lucrative.” Is a mass blogger exodus from Philly at hand?