Want To Stop DC Comics From Making The Watchmen Prequel? There’s A Petition For That. 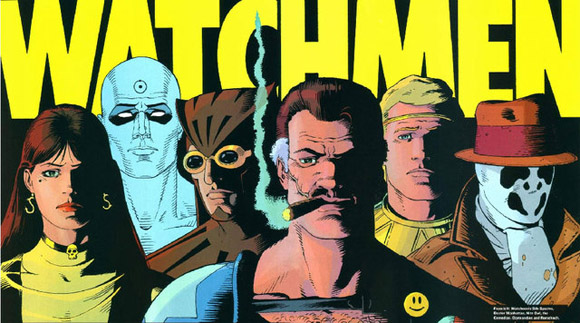 Have you heard about DC Comics publishing another Watchmen book? Call it a Watchmen prequel, call it Watchmen 2 but it’s been rumored for a while and seems to be finally coming to fruition. Thanks in part to some leaked art from the project, apparently codenamed “Panic Room,” a petition has surfaced trying to end the comic full-stop. And no, the first name on the petition is not Alan Moore.

Bleeding Cool had been following the story for a while and eventually got their hands on some of DC’s art from the project. Whether that was through clever snooping or someone from DC leaking the images remains to be seen. They posted a Night Owl image by Joe Kubert and Andy Kubert, the Comedian by JG Jones and reported (minus art) that Amanda Conner was working on Silk Spectre. Darwyn Cooke’s name has also been attached. They were then contacted by Amy E Genkins, Senior Vice President, Business & Legal Affairs of DC Entertainment and told to remove them immediately, which they did. From their letter:

It has come to our attention that you have impermissibly and without authorization posted assets containing unpublished intellectual property owned by DC Entertainment.  We do not need to belabor the unlawful nature of this action (which could not have taken place without the breach of a confidentiality obligation), and demand that those assets be immediately taken down and no further postings of this nature transpire.  This demand is made without limitation of DC Entertainment’s rights or remedies, all of which are expressly reserved.

Other sites who had since picked up the story were also contacted by DC. Some complied, others didn’t. Regardless, some fans seem less-than-thrilled with the idea and now here’s a way to support that opinion.

The petition, titled “DC Comics: End plans for sequels to Watchmen,” was created by comic blogger Alan David Doane. Here’s what it says:

Writer Alan Moore co-created Watchmen and signed a contract with DC Comics that under normal industry practices of the time would have seen control of the work revert to Moore and artist Dave Gibbons after the work had gone out of print for a period of time, as was the case with every DC graphic novel created under a similar contract up until Watchmen. Because of the unprecedented quality and success of Watchmen, DC has never allowed the work to go out of print, and therefore has retained legal control of Watchmen for decades longer than anyone at the time could have imagined they would have. We recognize that DC has the legal right to act as they have, but believe that their ongoing stewardship of Watchmen has been ethically dubious at best, and morally reprehensible at worst.

We, the undersigned recognize the rights of Alan Moore and Dave Gibbons as co-creators of Watchmen, and we strongly object to DC’s continued marketing of this property against the intent of the original contract and the wishes of one of its creators. Further, we abhor DC’s frequent attempts to knowingly act in opposition to Moore’s wishes, and their attempts to profit off of Watchmen merchandise without paying royalties to the work’s creators.

Until such a time as DC Comics can make things right with Moore and reach an accord in which he approves of and endorses further Watchmen sequels, we ask DC to act ethically and in the spirit and intent of the original contract and cease any plans to create derivative works without the permission and approval of the creators, Alan Moore and Dave Gibbons. We further ask that all writers and artists refuse to work on any derivative works related to Watchmen until DC, Alan Moore and Dave Gibbons are all in agreement on the creation of new Watchmen properties.

As of posting, just 37 people had signed the petition, which is more about stopping the original creators from getting screwed rather than what a horrible idea it is to make more Watchmen comics. Besides asking DC to be more respectful of Moore and Gibbons, it’s also asking the creators currently working on the project to stop. Something tells me that’s not going to happen.

I know some people would love to see a Watchmen prequel but I’m not one of them. Much like a lot of classic films, some comic stories just shouldn’t be touched. That being said, I’ve seen the pulled art and think it’s gorgeous. How about we just do a nice Watchmen art book instead with a slew of talented artists?

The other thing bugging me is that DC still has not made any official announcement or even an official comment on this. BC leaks information regularly but now that DC Entertainment has asked them to remove the images, it’s sort of like an unofficial, official announcement. If someone close to the project leaked the art that really sucks but it would be nice for DC to just lay their cards out there. Perhaps they don’t have enough ready to do that yet but the ship has already sailed.

I don’t want to speak for all comic fans out there but I honestly have not seen anyone say they are actually really excited for this project. They’ve said the art looks great but not that a Watchmen prequel needs to happen. What are your thoughts?