Peter Jackson Says, “Yes,” I Am Making The Next Tintin Film 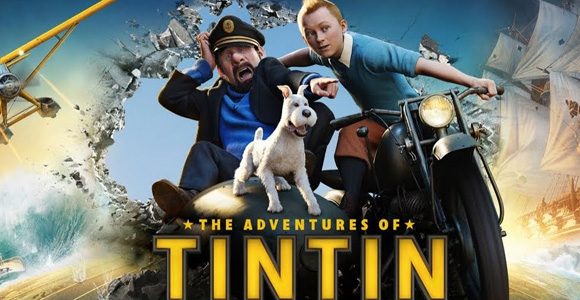 The Adventures of Tintin hits theaters December 21st in the United States but fans of the Belgian artist Hergé’s classic comic book series have been slightly worried the planned film trilogy wouldn’t come to fruition like Steven Spielberg and Peter Jackson had planned. Worry no longer, Jackson unequivocally said, “Yes” when asked if he’d be making the next Tintin film after he’s done with The Hobbit. In other news, Peter Jackson is a glutton for punishment.

Not that we don’t want another Tintin film to get made mind you, it’s just that Jackson still has a lot on his plate right now with The Hobbit. Tintin, which opens in some parts of the world this week, is apparently already getting good reviews but fans were concerned about the future of the franchise for several reasons, one being the dropped subtitle of the film which was originally named The Adventures of Tintin: The Secret of the Unicorn. No subtitle would usually mean, “this is your one Tintin film,” but as Jackson told The Hollywood Reporter yes, it was happening and he is indeed doing it.

Spielberg also weighed in but with a little more information. “[Sony and Paramount] were willing to do one movie with us and then give us the financial werewithal to develop a script, do all the visual storyboards and get it really in launch position. So we can launch pretty quickly on a second movie. The script is already written.”

The second film is said to be based on the Tintin books, Prisoners of the Sun and The Seven Crystal Balls and already has Anthony Horowitz attached as a writer. The third film? Spielberg says, “We haven’t talked about that.”

(/Film via The Playlist)